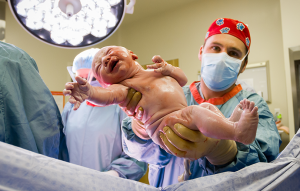 Recently one person from the LGBT+  community declared, “What the hospitals do is primitive, basing gender on biology and chromosomes. Those who are enlightened understand that gender is not what’s between your legs, it’s what between your ears.”

The transgender phenomenon has become the tip of the spear of the LGBT+ movement, having been greatly motivated by the Supreme Court decision on same-sex marriage.

The current transgender push for societal acceptance is being supported and propagated by almost all the leftists organizations. Planned Parenthood is one of those organizations in the forefront of demolishing everything that looks like sexuality, gender, and family as we have known it. They want parents to teach their preschoolers that “their genitals don’t determine their gender.” Instead, gender is whatever you make it to be. LGBT activists constantly repeat the mantra, “Gender is not what’s between your legs, it’s what’s between your ears.”

The transgender movement was greatly energized when The American Psychiatric Association (APA) in its 2013 revised edition of the “Diagnostic and Statistical Manual of Psychiatric Disorders” (DSM-5) delisted “Gender Identity Disorder” as a psychiatric “disorder,” reclassifying it as “Gender Dysphoria.” However, rather than providing a scientific validation of the transgender agenda, the APA’s action was a remarkable abrogation of professional responsibility in the interest of political correctness.

Consider Christin Scarlett Milloy’s urgent warning, in a 2014 Slate article titled, “Don’t Let the Doctor Do This To Your Newborn.”

It’s called infant gender assignment: When the doctor holds your child up to the harsh light of the delivery room, looks between its legs, and declares his opinion: It’s a boy or a girl, based on nothing more than a cursory assessment of your offspring’s genitals.

Milloy details the “brutal” effects of this treatment: With infant gender assignment, in a single moment your baby’s life is instantly and brutally reduced from such infinite potentials down to one concrete set of expectations and stereotypes, and any behavioral deviation from that will be severely punished — both intentionally through bigotry, and unintentionally through ignorance.

California Gov. Jerry Brown just recently signed a bill that will allow state residents who do not identify as male or female to have a third option on driver’s licenses and birth certificates. The bill, SB179, also will allow people to be able to change their gender identity on their birth certificates.

Dr. Michael Brown asks some logical questions to this illogical, idiotic, mentality that chromosomes and genitals don’t matter: “When a biological boy is convinced he’s really a girl, why is he put on hormone blockers to stop the onset of puberty so he won’t develop as a boy. And why, when he’s old enough, does he get sex change surgery to change his genitals? I thought genitals didn’t determine gender?

“Why can’t he just be a girl with male private parts? Why mess with his private parts if genitals have nothing to do with gender? And why put him on hormones for life so that he won’t grow a beard as a female? Isn’t that gender stereotyping? Who says that women shouldn’t have beards?”

The author of a children’s coloring book has invented a character named “Toni the Tampon” to instruct children that men can menstruate.

Cass Clemmer, the author of The Adventures of Toni the Tampon, has been using her coloring book character to “destigmatize” menstruation. Now, however, she also wants to “de-gender” the female biological process and to persuade children that men get periods too.

Vast numbers of modern Americans have taught their children, or allowed them to be taught, that they can be anything they wish and will to be, irrespective of size, mental capabilities, or gender. This is utter foolishness and the fruit of postmodern relativism, which teaches there are no universal or transcendent values, only social and cultural conventions. When this relativistic philosophy is applied to gender, it asserts that gender – male or female sex – is merely a social construct, not a biologic fact, and subject to change according to one’s desire. People can be of any gender they choose, an “alternate gender,” or even opt out of the entire gender construct.

Any person or institution that opposes transgenderism is demonized and portrayed as a mob of homophobic, bigoted haters who would deny the transgendered their basic human rights. There are no grounds for disagreement, especially from those who believe that transgenderism defies both reason, the laws of biology, and for the Christian, the Scriptures.

Sure there are chromosomal or biological abnormalities, but these difficult exceptions prove the rule: The biological norm for 99 plus percent of the population is male or female — a boy or girl — determined at the first between the legs look!

Again, to quote and agree with Dr. Michael Brown: “Once again, I do not belittle those who struggle with their gender identity. Instead, I long to see them find wholeness from the inside out. I’m simply saying you can’t have it both ways. Either biological markers matter or they don’t.”

There are males and females. People who engage in same-sex sexuality do not become a new sexual category. There is no third gender or non-gender. The same is true of people who identify as transgender. It’s all made up. These new categories of gender and sexuality are social constructs intent upon enslaving, not liberating persons.