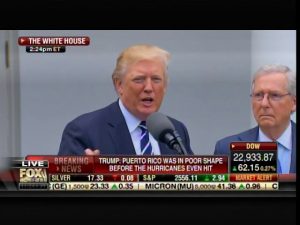 This is actually pretty funny.

FOX News reporter John Roberts told President Trump that in an earlier interview, Hillary Clinton said she did not believe that the players taking a knee in the NFL was about disrespecting the flag. Trump fired back in a tweet that he hoped Hillary would run again in 2020.

Trump said that he believes that Hillary’s statement “in itself, is very disrespectful to our country.”  Via 100 Percent Fed Up

See the video below:

At some point in time I hope that Hillary Clinton will realize that American really doesn’t care about her opinion.  If we cared, then she’d be president.