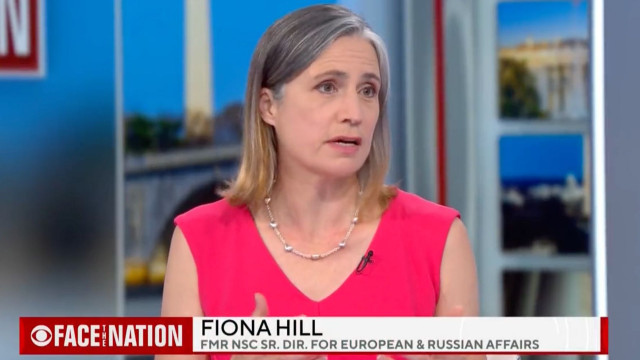 According to Fiona Hill, a former Trump administration national security adviser, who recently conducted an interview with Politico that was published on Tuesday, Russian President Vladimir Putin is making more and more decisions based on his emotional state and is likely to use all of the weapons he has available, including nuclear ones.

Hill, a former deputy on the U.S. National Security Council went on say there could be a lot of danger ahead, stating it is important to not have any illusions concerning this, however, it’s also important not to lose hope.

“This visceral emotion is unhealthy and extraordinarily dangerous, because there are few checks and balances around Putin,” Hill said in her interview with Politico.

Hill then stated that Putin “spotlighted this during the performance of [his] National Security Council meeting, where it became very clear that this was his decision. He was in a way taking full responsibility for war, and even the heads of his security and intelligence services looked like they’ve been thrown off guard by how fast things were moving.”

When it comes to nuclear weapons, Hill then said “every time you think, No, he wouldn’t, would he? Well, yes, he would. And he wants us to know that … It’s not that we should be intimidated and scared. We have to prepare for those contingencies and figure out what is it that we’re going to do to head them off.”

the former Trump national security adviser then said that “the thing about Putin is, if he has an instrument, he wants to use it. Why have it if you can’t? He’s already used a nuclear weapon in some respects. Russian operatives poisoned Alexander Litvineko with radioactive polonium and turned him into a human dirty bomb and polonium was spread all around London at every spot” he visited.

She also pointed out that “the Russians have already used a weapons-grade nerve agent, Novichok … for certain twice.”

Hill, who testified during Trump’s first impeachment proceedings and last year helped President Joe Biden prepare for talks with Putin, told Politico that we are already in the midst of World War III and have been for some time.

She said “Ukraine has become the front line in a struggle, not just for which countries can or cannot be in NATO, or between democracies and autocracies, but in a struggle for maintaining a rules-based system in which the things that countries want are not taken by force … Most countries have benefited from the current international system in terms of trade and economic growth … This is pretty much the end of this.”

In order to stop Putin, Hill said, “sanctions are not going to be enough. You need to have a major international response, where governments decide on their own accord that they can’t do business with Russia for a period of time until this is resolved.”

Hill said that right now, ordinary businesses are “fueling the invasion of Ukraine, so what we need is a suspension of business activity with Russia until Moscow ceases hostilities and withdraws its troops.”

She went on to state that “if Western companies, their pension plans or mutual funds, are invested in Russia they should pull out. Any people who are sitting on the boards of major Russian companies should resign immediately.”

Hill concluded by saying that “if we look back to Germany in the run-up to the Second World War, it was the major German enterprises that were being used in support of the war. And we’re seeing exactly the same thing now. Russia would not be able to afford this war were it not for the fact that oil and gas prices are ratcheting up. They’ve got enough in the war chest for now. But over the longer term, this will not be sustainable without the investment that comes into Russia and all of the Russian commodities.”

Anyone else sick and tired of living in “unprecedented times?”