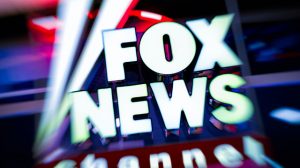 Fox News has finally found a permanent replacement for CEO Roger Ailes, and made history in the process.

The company has hired their very first female chief, veteran programming executive Suzanne Scott, who is now also the only woman running a major cable and broadcast news organization.

Scott will be the CEO and oversee the operations of both Fox News and Fox Business Network.

The appointment of Scott as CEO of both Fox News and Fox Business Network comes amid a larger restructuring of 21st Century Fox as part of its deal with Disney, which is acquiring the bulk of the company’s assets. CNN reports that Rupert Murdoch, who acted as CEO after Ailes was forced out in 2016 amid sexual harassment allegations, will continue to serve as executive chairman of the reformed parent company, along with his son, Lachlan.

“Her vision and innovation have helped create some of the most popular and lucrative primetime programs on cable and as we embark on the era of the proposed New Fox, I am confident that Suzanne’s leadership will ensure the dominance of both Fox News and FBN for years to come,” said Murdoch.

“She has now made history as its first female CEO,” said Murdoch. According to Fox, Scott is now the only woman running a major news organization that includes both cable and broadcast programming.

It’s good to see the Fox team expanding, especially in light of the awful controversies the network has experienced with specific news anchors over the last several years.

Fox is one of the few voices in the mainstream media that at least tries to present a non-liberally biased side of the pressing stories of the day, so their success is critical to the flow of information in our country, so it’s good to see them continuing on in the right direction.