Fox News Host Bill Hemmer Drops Hammer On Democrat: ‘Do You Consider Yourself A Capitalist Or A Socialist?’ 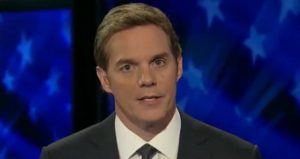 Fox News host Bill Hemmer decided to take a hammer and shatter a Democratic congressman, not with harsh words or rhetoric, but by simply asking him if he considered himself to be a capitalist or a socialist due to the lawmaker’s very loud support for the domestic agenda of President Joe Biden and his administration.

“Do you consider yourself a capitalist or a socialist?” Hemmer went on to ask Rep. Mark Pocan, a Democrat from the state of Wisconsin during his appearance on Fox’s “America’s Newsroom” program on Wednesday.

“I’ve been a small-business owner for 33 years, so you tell me,” Pocan replied to Hemmer. “I know a little bit about capitalism.”

Hemmer continued to press Pocan by following up with, “So you’re saying you’re a capitalist, correct?”

Hemmer then said Biden’s tax plan, which Pocan has voiced support for, would “go after some Americans and tax more than 60 percent of their gross income depending on where they live in the country.”

Pocan shot back that Hemmer’s characterization of Biden’s tax plan was a “misrepresentation” of what the bill would do.

“What Joe Biden has said is people who make more than $400,000 [per year] and corporations who often haven’t paid their fair share … they’re the ones who are going to pay it,” Pocan continued.

Fox News anchor Bill Hemmer: "Do you consider yourself a capitalist or a socialist?"

Rep. Mark Pocan (D-WI): "I’ve been a small business owner for 33 years, so you tell me. I know a little bit about capitalism."

Hemmer: "So you're saying you're a capitalist, correct?" pic.twitter.com/DIjfyMzvWE

Earlier this month, Pocan, a leading member of the Congressional Progressive Caucus, said Democrats should work to pass a large social spending package aimed at funding child care, addressing climate change and expanding medical coverage, among other things, because he believes such legislation would be popular with many Americans.

“Once people see how popular these things are … many of these debates are the same debates we had when you created Social Security and other programs. And once people got them, you saw how wildly popular [they were]. We think some of these are going to be in that wildly popular category,” Pocan then stated.

“The child tax credit is a classic example. I mean [look] how popular it is right now; it’s a lot easier for us to extend that out,” the Democratic congressman added.

Hemmer definitely did a decent job of pressing him to confess whether or not he was a capitalist, though the answer given seems very weak.

Pocan said he “understands capitalism,” but did not say he was himself a capitalist. Sounds pretty fishy, right? Guess that answer speaks for itself.