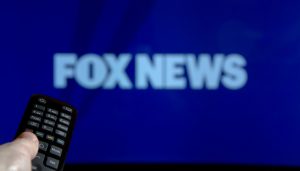 If I were to ask you what network was producing the top-watched programming this summer, what would be your guess? I have a sneaking suspicion that you wouldn’t guess Fox News. You’d probably say Major League Baseball or maybe NBA basketball.

Fox News is currently the most-watched network this summer, while sports, which have now become heavily politicized in favor of the Marxist Black Lives Matter movement, have seen a rather massive decline in ratings.

Pulling an average prime-time audience of more than 3.4 million viewers since June 1, Fox News beat out CBS, NBC, and ABC during the same time frame.

The numbers include network coverage of major sporting events, such as Major League Baseball’s opening night and the NBA restart, both of which came late last month.

On the night of baseball’s return, the game between the Washington Nationals and the New York Yankees garnered a total audience of 4.005 million viewers. On the same night, more than 4.3 million people watched Sean Hannity’s program, followed by Young Sheldon at 4.1 million viewers, and Tucker Carlson Tonight, which pulled 4 million.

This is the 49th straight month that Fox News has dominated the ratings to become the top-watched cable news network in the United States. The numbers Fox is pulling in totally embarrass competition like MSNBC and CNN.

It seems folks aren’t too happy with a lot of the politicization of their favorite sports as baseball’s ratings dropped right after opening day games were broadcast.

President Trump himself said that if professional athletes didn’t stop kneeling during the National Anthem, he wasn’t going to tune in to watch the games. This seems to be the sentiment of many individuals right now.

It’ll be interesting to see whether or not professional sports leagues get the hint and stop the pandering or if they continue forward and lose their audience.