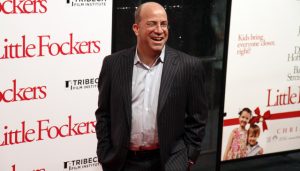 A new report from the Wall Street Journal revealed that CNN anchor Chris Cuomo, who was fired over the weekend after a temporary suspension, made the claim that his former boss, CNN president Jeff Zucker, was aware of his efforts to help his brother and former New York Gov. Andrew Cuomo with public relations concerning numerous accusations of sexual harassment that have been levied against him.

On Sunday, a report from the Daily Wire announced that the investigation into Cuomo’s history had produced new information concerning an allegation of sexual harassment against the younger brother and CNN host.

Debra S. Katz, a left-wing attorney, said in a statement on Sunday that she is representing a client who claims that Chris Cuomo engaged in “serious sexual misconduct” against her at another network.

A spokesman for the younger Cuomo brother stated that he rejected the allegation.

“To the extent that they were sent to CNN to negate what Chris Cuomo told his audience, he fully stands by his on-air statements about his connection to these issues, both professionally and in a profoundly personal way,” a statement released by Chris Cuomo’s team stated. “If the goal in making these false and unvetted accusations was to see Mr. Cuomo punished by CNN, that may explain his unwarranted termination.”

The WSJ report then revealed that an attorney the represents Cuomo stated that his former boss and her client are very close and that the news network was well aware of his attempts to help his brother.

“Mr. Cuomo has the highest level of admiration and respect for Mr. Zucker. They were widely known to be extremely close and in regular contact, including about the details of Mr. Cuomo’s support for his brother. There were no secrets about this, as other individuals besides Mr. Cuomo can attest,” a spokseman for Cuomo went on to say in a text message.

“This is not how I want my time at CNN to end but I have already told you why and how I helped my brother,” the former CNN anchor said in a statement. “So let me now say as disappointing as this is, I could not be more proud of the team at Cuomo Prime Time and the work we did as CNN’s #1 show in the most competitive time slot. I owe them all and will miss that group of special people who did really important work.”

“A reporter for The Washington Post tweeted Monday morning that Zucker told his employees on a team call that the law firm that the network had hired to do the initial investigation would be retained to look at the separate misconduct allegation,” the Daily Wire said.

“CNN president Jeff Zucker told employees during a call this morning that the network has asked the law firm it worked with to conduct a separate review of the misconduct allegation made against Chris Cuomo. That investigation will continue, as it relates to CNN,” the reported revealed.

NEW — CNN president Jeff Zucker told employees during a call this morning that the network has asked the law firm it worked with to conduct a separate review of the misconduct allegation made against Chris Cuomo. “That investigation will continue, as it relates to CNN,” he said.