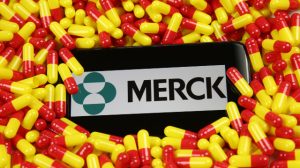 U.S. health regulators from the Food and Drug Administration announced on Thursday that they have authorized the second pill against the coronavirus, which provides another simple-to-use medication to help do battle against the rising cases of omicron spreading across the country.

This approval from the FDA comes just one day after the agency granted clearance for a similar drug from pharmaceutical giant Pfizer. The pill that was produced by the company will probably be the number one treatment against the illness, due to the milder side effects and alleged benefits.

As a result, Merck’s pill is expected to have a smaller role against the pandemic than predicted just a few weeks ago. Its ability to head off severe COVID-19 is much smaller than initially announced and the drug label will warn of serious safety issues, including the potential for birth defects.

The FDA authorized Merck’s drug for adults with early symptoms of COVID-19 who face the highest risks of hospitalization, including older people and those with conditions like obesity and heart disease. The U.K. first authorized the pill in early November.

Known as molnupiravir, the Merck drug will carry a warning against use during pregnancy.

The restrictions were expected after an FDA advisory panel only narrowly endorsed the drug last month, warning that its use would have to be strictly tailored to patients who can benefit the most.

Some medical experts are beginning to question whether or not the role for the Merck pill here in the United States will be that significant.

“To the extent that there’s an ample supply of Pfizer’s pill, I think it won’t be used,” Dr. Gregory Poland, who works at the Mayo Clinic, stated while making a reference to the Merck drug. “There would be no reason, given it has less efficacy and a higher risk of side effects.”

“For now, the FDA decision provides another potential option against the virus that has killed more than 800,000 Americans, even as health officials brace for record-setting cases, hospitalizations and deaths driven by the omicron variant. Antiviral pills, including Merck’s, are expected to be effective against omicron because they don’t target the spike protein where most of the variant’s worrisome mutations reside,” the report stated.

“The FDA based its decision on results showing nearly 7% of patients taking the drug ended up in the hospital and one died at the end of 30 days. That compared with 10% of patients hospitalized who were taking the placebo and nine deaths,”  it continued.
According to the report, federal officials have agreed to buy enough of the medication to treat 3.1 million people suffering from the illness.