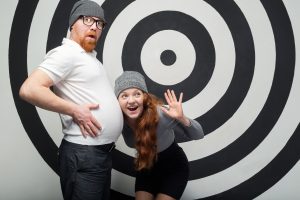 It’s one thing for the leftists to change the very meaning of words in order to more deeply and passively promote their agenda.

It’s quite another thing to use language to change science itself, as we’ve been seeing them attempt to do for some time now.

In a recent tweet, infamously anti-Trump surgeon Eugene Gu attempted to stitch together abortion and transgenderism, two of the left’s biggest causes du jour, all while taking acceptance of the liberal lexicon totally for granted.

“It’s a scientific and medical fact that men can get pregnant and also have abortions,” Gu tweeted, matter-of-factly referring to female-to-male transgender people as simply “men.”

“Trans men and non-binary individuals are human beings who deserve to be acknowledged by society,” he continued. “They choose their own identity — not me, not you, not any doctor, and certainly not any politician.”

Oh, for the love of pie! It’s a scientific and medical fact—seriously?

If I declare myself to be a cheeseburger, would Dr. Gu consider me to be the world’s first pregnant cheeseburger? Would I get to determine my child’s identity as a cheeseburger (or a half-human-half-cheeseburger hybrid), or do I need to stay consistent and allow my child to determine on their own human or fast-food identity?

That is, of course, if I didn’t choose to be the world’s first cheeseburger to have an abortion, in which case I could conveniently declare my child to be a parasitic clump of ketchup and pickles, but not an actual cheeseburger.

This is the level of absurdity the left is reducing us to, y’all.

Thankfully, the People of Twitter™ were on the scene to take Dr. Gu to the woodshed.

Here are some favorites, including a sober response from pro-life activist Obianuju Ekeocha:

In a world where medical science bows down and worships the gods and goddesses of political ideology, doctors say things like this… https://t.co/EAeXJgPOJp

Do you think I could fit “keep your political ideology off our universally-established, scientifically-observable biology” on a t-shirt?

Conservative writer Mark Hemingway had this to say:

Oh my word, that one dang near made me spit out my coffee. The Federalist’s Inez Stepman adds to the list an equally superior practicer of medicine:

Then, they came with memes:

And, lastly, the folks who kept their poker face and attempted to address Gu’s matter-of-fact argument with, you know, a factual argument:

The aptly-named “Science Doc” was one of the select few whom Gu didn’t simply block on the spot, but he probably wishes he did:

FYI, what you are referencing was not the first live birth after uterus transplantation. someone else before them showed it possible years ago… but anyways, what you are describing isn't a scientific fact today. maybe one day (I personally hope not). so nice try, but nope.

I think this whole thing can be summed up as simply as this:

It’s as simple as that, folks.