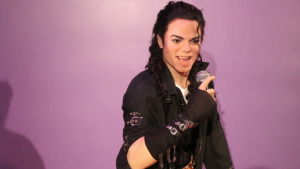 Oh, boy, the things people will do for money!

An apparently incredibly loyal Michael Jackson fan has sued Sony for what was rightly believed to be three fraudulent “Michael Jackson” recordings on the 2010 album “Michael” released after his death.

Sony admitted the songs “Breaking News,” “Keep Your Head Up” and “Monster” were fakes in court, reported The Week UK. Singer Jason Malachi is the alleged impersonator.

A civil suit brought by a Jackson superfan in 2014 led to the truth coming out about the songs, which even Jackson’s mother Katherine Jackson doubted were authentic, according to EDM.com.

Fan Vera Serova’s civil suit accused songwriter James Porte and Jackson’s friend Eddie Cascio, who runs a music production company, of “creating and selling music through Sony and the Jackson estate,” reported Vibe. The two men had said the songs were recorded in the basement of Cascio’s home in 2007.

Since this is a civil suit, it is unclear whether or not these producers will face any kind of punishment for the fake recordings.

Who would have thought this was a good idea? This is one of the absolute most iconic voices in modern history, and they thought no one would notice if they just recorded a few fake songs to beef up his posthumous album?

I mean…I guess it took eight years for anyone to do anything about it so, hey. It worked for a little while?