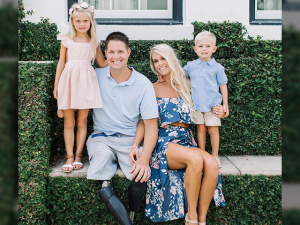 Social media censorship is out of control.

This isn’t exactly an original statement, I know, but we need to keep saying it because it is a big problem, and what a lot of people don’t realize is that it directly affects the livelihood of regular joe content creators who are just trying to make a living in this brave new economy.

Disabled Air Force Veteran Brian Kolfage is one of these folks, who had worked hard to create a number of successful Facebook pages which were all recently shut down by Facebook, with no warning.

“Kolfage was the administrator of a number of Facebook pages, notably the pages Right Wing News and Military Grade Coffee, both of which were deleted recently as Facebook attempts to crack down on what it considers ‘misinformation’ on the platform. Right Wing News had more than 3 million followers at the time of its blacklisting by Facebook,” Breitbart reports.

“I’m a veteran of The United States Air Force. I was severely wounded in Combat, on 9/11/2004 while serving in Iraq I lost both my legs entirely and my right hand. I’m the most severely wounded US Airman to survive,” he explains on his new site, Fight 4 Free Speech.

“I’m not a ‘conservative.’ I’m not a ‘liberal.’ I’m an American, with deep beliefs in what our country stands for. I proved this by vowing to protect and fighting for America greatest tenant: Free Speech,” he continues.

“Many Americans have fought for these political freedoms … freedom of speech … and every American has enjoyed those freedoms… UNTIL TODAY. October 11th Facebook shut down thousands of Facebook accounts for their political opinions stating that they don’t have a ‘legitimate political argument’. STOP SOCIAL MEDIA CENSORSHIP NOW!”

What’s worse is that not only was Kolfage reliant on the income his pages garnered to support his family, but he was paying Facebook hundreds of thousands of dollars in advertising.

“My income as a father and husband is threatened. This isn’t the right to free speech I gave my legs and arm to defend. Three limbs wasn’t enough for some… now my livelihood is gone with it. Facebook took down our Facebook page, cutting off all contact we had with the millions of people who signed up to follow us, the millions of people who liked what we were sharing online,” he explains.

“We had a coveted, verified blue check mark, 3.5 Million fans, and I invested over $300,000 in ads at Facebook’s own request, nearly begging us to spend spend spend just to reach our fans… whom they kept making more difficult to reach with every passing year.”

Kolfage knows better than most the price of freedom, and he isn’t going to sit by and watch Facebook destroy our precious rights as we know them to suit their ideological preferences.

“I will be there exposing everything they’ve done to me and my family and our employees,” he vows. “We’re going to take legal action if we don’t get our pages back. It’s just going to turn into a sloppy mess for them. I think they’ve underestimated what they’re dealing with, attacking me, attacking conservatives in general, right before the elections. Never once did Facebook come to us to say there was any issue with RWN or our other pages. Never. But they sure loved taking our money.”

Right now, we need to stand by champions of free speech and patriotic small business owners who have been adversely affected by Facebook’s campaign to silence and censor conservatives. They’re far too big to be allowed this much power over who has a platform and who doesn’t.