Everything Wrong With the #BelieveWomen Movement…in GIFs 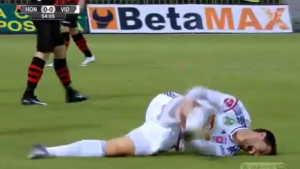 Everyone wants to believe sexual assault victims. If they’re genuine victims, after all, they should be believed, right?

There’s only one problem: women lie.

It’s a sad reality and one that’s pretty infuriating to the women whose testimonies are undermined by those who take advantage of a legal system meant to help victims.

This is why Lady Justice is blind: we can’t let our biases and preconceived notions get in the way of a fair deliverance of justice. In America, no man or women is presumed guilty until the proper evidence can come forward.

And unfortunately for the #BeleiveWomen narrative, plenty of women have been busted lying about assault with cold, hard evidence.

James Woods, who has been the toast of conservative Twitter since he was released from Twitter jail after being suspended for a time, is kicking butt and taking names when it comes to silly liberals and their crazy movements.

He recently, in a single video clip, perfectly exemplified the problem  of “believe all women” with an excellent depiction of how readily some women are to be “victimized” for the sake of fitting their narrative.

Because there’s apparently no justice on Twitter, the video clip, which was plainly available Monday morning, has since been removed by the original poster.

In it, a woman at some sort of street protest was arguing with a female police officer. She pushed the officer, who, in defense, pushed her away from her, only enough to get her out of her personal space.

The woman pauses for a moment, then literally just lays down on the ground, carefully.

Yup. This is exactly why you can’t believe all women.

No matter how dramatic and contrived this woman’s experience with “police brutality,” one thing is clear: