Even a Makeup Artist Can’t Fix That 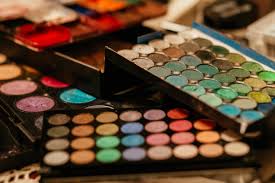 Gypsy Freeman is either the winner who lost or the loser who won. The makeup artist was scrolling through Instagram a couple of months ago and came across a call for entries to a contest sponsored by Von D Beauty, owned by tattoo artist and TV personality Kat Von D. The winner, it said, would attend the launch of the company’s new Saint and Sinner perfume, as well as the launch party that followed. Included were airfare to Los Angeles and hotel accommodations for two, plus a $500 Sephora gift card. Total value was expected to be $2,100.

To enter, competitors were instructed to “…post a photograph of yourself with Saint and Sinner inspired makeup based on Kat Von D’s photo posted in the contest post on Instagram.” The deadline was close, but Ms. Freeman got a photographer on board with what she wanted to do and got her entry submitted. She found out she’d been named the winner several days later when she was tagged in an Instagram post. Excitement must have caused her to forget what this country has become over the last decade.

Other contestants, presumably, dug into her social media accounts, and it didn’t take long before the thought police had enough evidence to make their case. Ms. Freeman made an election night post back in November supporting then President-elect Trump. Somehow, that disqualified her from winning an art contest. Instead of a tag this time, she got an Instagram message direct from Kat Von D, explaining her actions. All the images containing the conversation have been deleted from Instagram, but the Washington Post was able to secure copies and publish the text. The message said, in part,

“I just wanted to make sure you are aware that even though I don’t consider myself political, I definitely have drawn a personal line in the sand between myself and anyone who supports that man. My launch party celebrates many things that Trump is against. And I just need you to know that I personally have a hard time with inviting anyone who would support such an anti-feminist, anti-homosexual/LGBT, anti-immigrant, and anti-climate change fascist such as Trump.” 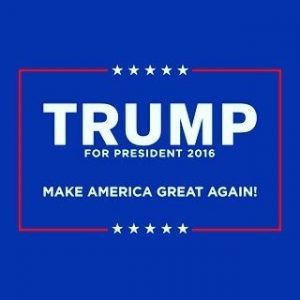 Ms. Freeman was incredibly gracious in her response. Instead of escalating the exchange, she pointed out that no requirement for political beliefs had been included in the rules and suggested the company be more specific in future contests. She also said she would never intrude where she wasn’t wanted and wished Kat Von D well in the future. In an interview some time later, she added that she had stopped using Von D Beauty products in her work.

As the owner of the company and its contests, Kat Von D can run things just about any way she wants to. She believes President Trump is a fascist, so she changed the contest rules, with no notice, after figuring out she doesn’t agree with the winner’s politics. This reality TV star might be a wicked hand at injecting ink into flesh, but it seems like the intricacies of language escape her. In fact, a lot of Hollywood’s haters have jumped on the fascism bandwagon.

Sarah Siverman tweeted, in all caps, “WAKE UP & JOIN THE RESISTANCE. ONCE THE MILITARY IS W US FASCISTS GET OVERTHROWN. MAD KING & HIS HANDLERS GO BYE BYE”. Ed Asner, Rosie O’Donald, Magaret Cho, and other celebrities used a series of ads sponsored by RefuseFascim.org to call for resistance and protests leading up to this year’s Presidential inauguration. During an interview with the Evening Standard, Richard Gere called then-candidate Trump, “…a guy who’s obviously Mussolini.” Of course, Benito Mussolini was the fascist dictator of Italy during World War II.

According to the American Heritage Dictionary, fascism can be defined as, “Oppressive, dictatorial control.” Our President is loud, impetuous, and brash. It’s obvious he didn’t have the niceties of a Southern upbringing while growing up in New York. However, he hasn’t invaded a foreign country to spread his ideas. He hasn’t shut down a single church or prevented anyone from freely practicing (or not practicing) their religion. He hasn’t singled out any group of American citizens to be oppressed, sent away, or plundered. He hasn’t locked anyone up for holding views he disagrees with. He hasn’t even stripped a contest winner of her prize because of her politics. A real fascist would be doing at least some of these things.