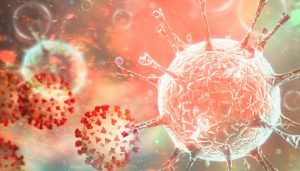 Epidemiologists are saying that small gatherings among family and friends aren’t responsible for the surge of COVID-19 cases we’re seeing all across the United States, contradicting what we’ve been hearing from political leaders at all levels of government.

As we all gear up to celebrate Thanksgiving, politicians have been hard at work trying to push fear and have really turned up the rhetoric against family gatherings to enjoy the holiday, going so far as to suggest these get-togethers are the primary reason for the spread of the illness.

Epidemiologists on the other hand, are saying this isn’t based on actual data.

“Somebody says something, and somebody else says it, and then it just becomes truth,” Harvard University infectious disease expert Julia Marcus told the Times. “I worry about this narrative that doesn’t yet seem to be data-based.”

Epidemiologists say that many heavy-handed regulations, such as an order last week from Minnesota Democratic Gov. Tim Walz banning people from separate households from meeting outside, run contrary to the data and are breeding resentment among Americans who cannot square such orders with other activities still allowed. Vermont Republican Gov. Phil Scott has barred neighbors from meeting outside, but allows them to dine together at a restaurant.

“If people are going to meet up, doing so outdoors is probably the lowest-risk way to do it,” University of Toronto infectious disease modeler Ashleigh Tuite said. “Telling people they can’t spend time safely outdoors isn’t a rational approach. People are going to recognize that and push back.”

“If you’re an average person looking at what’s allowed and what’s not allowed, it may not make a lot of sense,” Tuite continued. “I can get together with nine of my best friends and sit around a table at a restaurant. So why can’t I do that in my house?”

Governors have largely stuck by their crack down on Thanksgiving, despite all of the evidence that suggests having celebrations and family dinners outside aren’t primary spreader events.

Gov. Andrew Cuomo of New York drew tons of blowback after it was revealed he was planning to spend Thanksgiving with his mother after warning citizens not have family over. He then did the exact wrong thing and cancelled his plans with his mother.

Look, the bottom line is that what you’re being told to do isn’t actually based on scientific evidence of any kind. It’s a power play. We should already know this by now.

Be safe, folks. And enjoy Thanksgiving.