‘Empire’ Cast Is Demanding “Honest” Jussie Smollett Back, Meanwhile Nigerian Bros Are Suing Him For Defamation 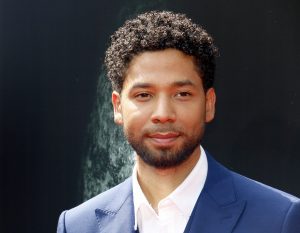 Buckle up, y’all. The Jussie Smollett case is still rolling, and it’s getting even weirder.

In a very serious and not-at-all-arrogant letter to several network, studio, and show executives at Fox, Smollett’s Empire costars are demanding the alleged (yes, we have to say alleged) hate hoaxer be allowed to return to his role on the show.

Though Fox patently denied that Jussie’s character was set to be written out of the show before this whole snafu started, the network seems to be standing by its decision to fire Smollett.

Smollett’s co-stars, however, ain’t happy about it. Well, presumably not the co-stars who were “[expletive] furious” at Smollett and demanded him to be fired after overwhelming evidence arose that he staged his attack by two Trump supporters.

“Throughout Empire’s five seasons working with Jussie and watching how he has conducted himself throughout this traumatic event, we have come to know not just the character Jussie portrays, but also truly come to know Jussie’s personal character.”

“He is kind. He is compassionate. He is honest and above all he is filled with integrity. He is also innocent and no longer subject to legal uncertainty with the criminal charges against him having been dropped. We are confident in his lawyer’s assurance that the case was dismissed because it would not have prevailed.”

However annoying it may be that Smollett is indeed no longer “subject to legal uncertainty” regarding the charge of staging a fake hate crime, how incredibly deluded does one have to be to think that Smollett is totally absolved, pure as the driven snow, and going to be good for ratings?

Of course, whether Jussie’s co-stars change their tune yet again remains to be seen now that Olabinjo and Abimbola Osundairo are suing the legal arm of #TeamJussie for defamation and essentially making them patsies.

“Mr. Smollett’s attorneys, faced with an outraged public, did not retreat after their success. Instead they doubled down, not simply affirming that Mr. Smollett was a wholly innocent victim, but that (among other accusations) [the Osundairo brothers] unequivocally led a criminally homophobic, racist, and violent attack against Mr. Smollett.”

Even worse, [their] lawsuit says, [Smollett’s] lawyers knew the claims were false when they caused them to be “published broadly in Illinois by major news outlets such as the Chicago Sun-Times, the Chicago Tribune, and WGN Radio.” The lawsuit also accuses the lawyers of similarly smearing the brothers in “national media.”

Among [the Smollett legal team’s] false claims, the lawsuit alleges, are that the brothers did indeed attack Smollett in a genuine hate crime and that they committed perjury, wore whiteface, and conspired to lie to police.

The brothers argue that Smollett’s defense harmed their fitness business, caused them immense emotional trauma, and accused one of them of being briefly romantically involved with Smollett.

So, let’s catch up a bit. After all this insanity, “honest” Jussie should be welcomed back onto his show—at least until more evidence turns up against him. Then, the brothers who apparently agreed to help him stage the hate hoax are now sore that the whole debacle didn’t turn out favorably for them and they’re suffering the consequences of participating in said hoax.

Someone please pass the Tylenol.