Emotions vs. the Bill of Rights 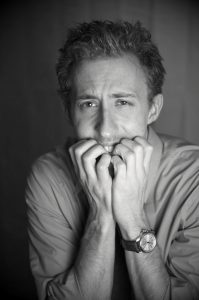 And now what passes for national conversation degrades into a playground gang war between rival kindergarten classes. America is going to be an ugly place if our moms were right and our faces all freeze up and make us look like a bunch of sourpusses forever. Families are grieving, burying their loved ones. Injured victims still wait to learn their long-term prognoses. Some people haven’t heard yet if their friends or family members are okay. Our entire country is mourning.

Except those folks. You know. The ones who believe people are just tools used to achieve their agendas. The ones who don’t understand that an agenda, elected office, or position of influence should be a tool to serve people. Investigators hadn’t even finished putting up crime-scene tape before they started stoking emotional fires. After all, when reason fails, feelings are the ultimate trump card.

So, instead of grieving together, comforting our neighbors who were directly affected by Sunday’s shooting, and supporting those who are overwhelmed by so much tragedy over the last several weeks, we’re going to all saddle up and fight it out. Since most people haven’t read the Constitution in its entirety, much less studied it along with all the court decisions and legal arguments both for and against the Second Amendment, emotions will be the weapon of choice.

As in most cases, commonsense makes excellent armor, as does a proper perspective. For instance, where do gunshot deaths fit in the overall picture of American deaths each year? And is the response we’re seeing consistent with reactions to other causes of injury and death? All of the following statistics are taken from www.cdc.gov.

Heart disease is the leading cause of death in America, claiming 610,000 lives each year. Doctors work hard to keep their patients healthy. Employers and health insurance companies push wellness more and more. Government programs have been put in place to educate the public about the problem. Still, an American has a heart attack every forty-four seconds.

What would happen if we reacted to each heart disease like we react to gun violence? I’m just guessing at this, of course, but it seems a pretty safe bet that McDonald’s would be shut down along with every other fast food restaurant. All food purchases would be regulated, with unhealthy choices rationed on a weekly or monthly basis. Grocery stores would have to report each transaction to a newly created government agency.

Seem crazy? Extreme? But how many of those 610,000 deaths each year could be prevented? Not supporting such a measure surely makes you an uncaring monster with no right to complain about the effects of heart disease.

Cancer is the second leading cause of death in America. 1,685,210 new diagnoses are expected to be made this year, and 595,690 Americans will die. Great strides have been made in research, treatment, and education, but cancer remains a scourge. Can anyone believe that behavior leading to such suffering shouldn’t be regulated? If you do, you’re a heartless beast.

If the gun control crowd were fighting cancer, tobacco would be outlawed. Fried foods? History. Artificial sweeteners would be gone, as well. Of course, if the “commonsense regulation” crowd won, some of these things would be available to certain individuals after submitting an extensive health history and undergoing a physical exam.

Auto accidents claim 37,000 lives each year in the United States. That’s not as big a number as others, but they also result in 2,350,000 injuries annually. 1,600 of those to children. The financial cost of vehicle crashes is $203,600,000 per year, or $820 per American. Those are staggering numbers. If they were acted on like gun violence, we would likely be walking wherever we went.

You’re probably thinking we’d use horses or bicycles. PETA, however, would never allow horses to be used for everyday transportation, and bicycles create a different set of problems. Each year, 1,000 Americans die in bicycle accidents, and another 476,000 are injured. Sorry, folks. You’d better stock up on walking shoes before the left decides these numbers are unacceptable and the cost of footwear goes through the roof.

What happened last Sunday night in Las Vegas was unacceptable. So were the shootings in Nashville, Charleston, New, Newtown, Fort Hood, and Columbine. Emotion says that putting these deaths in perspective is cold and even hateful, but civilized nations are governed by reason, not feelings.

Total gun deaths in the U.S. average 33,800 annually. 11, 564 people are murdered. 21,037 use a gun to commit suicide. 468 suspects are killed by law enforcement. 267 gun deaths each year occur for no known reason. Take out suicides and law enforcement-related shootings which are two different conversations, and we’re talking about 12,375 deaths per year in addition to 76,469 injuries resulting from attacks and accidental shootings.

Taken by themselves, those numbers are scary. When we pull out all perspective and add in raw emotions, they look catastrophic. Comparing them to other causes of death and injury, however, changes the picure. That doesn’t mean gun-related deaths and injuries are acceptable. It doesn’t mean they should be celebrated or dismissed. It just means that we all face much bigger threats every day of our lives. And yet, the left wages war on guns and gun owners.

Probably, it’s just a matter of expediency. Emotions run high; most extreme leftists would never own a gun or even allow one in their home; a trait most on the left share is a need to do something, consequences be damned. (Yes, that’s a generalization, but not an unfair one and not a criticism. That particular trait provides needed balance against the inertia that defines our government.) Pushing for gun control feeds emotions and satisfies the need to act without creating much of a sacrifice. It makes sense.

What we have, then, is a bunch of Americans driven by fear, demanding that the rest of the country do what they say in order to make the world look less scary. It’s too bad they’re upset, and I sincerely hope they’re able to overcome those insecurities. However, the inability to handle powerful emotions is a piss-poor reason to start tinkering with the Constitution.

Those who have an overpowering need to do something might start with putting reason over emotion. That would benefit all Americans.