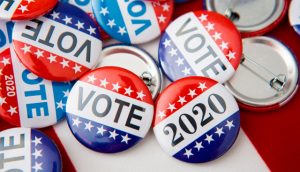 The very, very blue county of Fulton, located in the state of Georgia, ended up slowing the vote count totals on Election Day, after reportedly claiming that a “water pipe burst” in their facility.

Yeah. Does that seem weird to anyone else? Something about that story just smells a little fishy. Not trying to be a conspiracy theorist or anything, but yeah, given the hate Trump gets from the left all the time, we know they’d be willing to do anything to win.

Politico reported that Fulton County “may not be able to fully report results until Friday, elections board member Mark Wingate told the newspaper.”

Fulton Commission Chairman Robb Pitts told AJC that the pipe burst at 6:07 a.m., but was repaired within two hours. According to AJC, the county says no ballots were damaged by the incident.

The county “planned to stop scanning absentee ballots at 10:30 p.m. and pick it up back in the morning,” noted AJC. “No official could explain before press time why Fulton was stopping its count of absentee ballots at that time, only saying that was the procedure.”

BREAKING- Fulton County Georgia expecting to begin counting absentee ballots at 8:30aET after stopping for the night at 10:30pET. An estimated 48,000 are still outstanding. Another 79,000 still not counted in DeKalb. They start counting at 11am #ElectionNight2020 #georgia

As of 9:46 a.m., according to reports from the Associated Press, President Trump is currently in the lead over Joe Biden by 102,212 votes.

Here’s to hoping the state goes to the president, along with many others still yet to be determined.