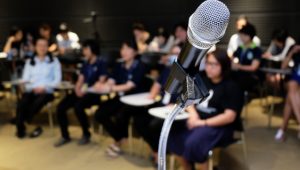 A conservative education activist is demanding that Education Secretary Miguel Cardona’s job be stripped away from him after new emails emerged revealing that he solicited the now infamous letter from the National School Boards Association that referred to parents protesting during school board meetings as domestic terrorists.

Executive director of the Fight for Schools PAC, Ian Prior, recently spoke with the folks at the Washington Examiner where he stated that every political officer who was involved with the NSBA and their letter should lose their jobs immediately, especially Cardona and Attorney General Merrick Garland.

Internal emails from the NSBA showed Secretary-Treasurer Kristi Swett saying the NSBA’s September letter asking the Biden administration to investigate parents protesting at school board meetings as domestic terrorists was written at Cardona’s request. The Department of Education denied the secretary solicited the letter in a Tuesday statement.

The letter, which the NSBA later apologized for and retracted, was the impetus for a memo by Garland establishing a joint FBI-Justice Department task force to investigate threats against school board members.

“I think that anyone involved in this needs to resign,” Prior went on to say. “Clearly they won’t. No one in the Biden administration from Afghanistan to this has been held accountable, so it’s really going to be up to a likely Republican House and likely Republican Senate in 2023 to launch full-scale investigations into what happened here.”

Nicole Neily, the president of the parent activist group Parents Defending Education, which unearthed the revealing emails, said Cardona “must be held accountable” and that the secretary’s coordination with the Department of Justice over the letter was “deeply concerning.”

“The American people deserve immediate answers about Secretary Cardona’s involvement in this episode — as well as that of his subordinates,” Neily commented. “The only way to rebuild trust between parents and the Department of Education is through complete transparency.”

Prior speculated that the Biden administration’s collusion with the NSBA was a failed political gambit to save the floundering campaign of Democratic Virginia gubernatorial candidate Terry McAuliffe, who just days before the NSBA letter was published infamously said that he didn’t think “parents should be telling schools what they should teach.”

“I think when you look at the timing of it, it certainly looks like they were desperate to try and save McAuliffe because a McAuliffe law on this issue … of education and parental rights would cause massive problems for President Biden, teachers unions, and the general woke educational industrial complex across America, leading into both the 2022 midterms and to the 2024 presidential election,” he continued.