Dude! The Percentage Of Keanu Reeves’ ‘Matrix’ Salary He Donated To Cancer Research Is Mind-Boggling 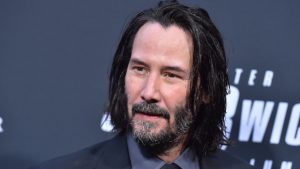 When it comes to likable celebrities, there aren’t a whole lot of folks in Hollywood that the average American really cares to know or considers them to be someone they enjoy hearing about on a regular basis, due to their political affiliation and the fact that they often get preachy in their work and on their social media presence.

One of the rare ones that everyone agrees is an awesome dude is actor Keanu Reeves. And what he did with his The Matrix: Resurrections salary explains why so many love the guy.

It’s just been revealed that Reeves, 57, donated 70 percent of his salary from the film to cancer research in honor of his younger sister.

According to LAD Bible, Reeves was paid $10 million for the 1999 sci-fi film up front and earned an additional $35 million over time. The altruistic actor pledged $31.5 million total of that sum to leukemia research.

The actor’s sister Kim had been battling leukemia for eight years by that point. She was diagnosed in 1991 and went into remission in 2001. But even after that joyful day, Reeves continued donating money to the cause, and even created his own foundation to help raise more funds. The “John Wick” alum intentionally kept his name separate from the foundation to avoid too much attention.

The New York Post reported that in 2020, Reeves auctioned off a 15-minute Zoom date with himself and donated the proceeds to Camp Rainbow Gold, a summer program for Idaho children with cancer. The winner paid $19,000 for the privilege.

This also isn’t the first time that the actor gave up some of the money he made from the Matrix film franchise. A report from ABC News said that Reeves also signed away a portion of his back-end profits from the two previous film sequels to the special effects team and the costume designers.

“He felt that they were the ones who made the movie and that they should participate,” an unnamed movie executive went on to say at the time.

“Reeves has also given up portions of his salary to get certain movies made, including ‘Speed’ and ‘The Replacements.’ Reeves agreed to take a pay cut to work with acting legend Gene Hackman. He did the same with ‘Devil’s Advocate’ in order to get Al Pacino on board,” the report said.

Studio execs have also made films they pretty much assumed wouldn’t make a lot of money in order to convince Reeves to sign on to a blockbuster project. Two such examples are “Sweet November” and “Hardball,” both of which the actor fought hard to get made.

Reeves also gifted luxury Rolex watches worth $10,000 a piece to every member of the stunt crew on the set of “John Wick.”

This guy is just cool.