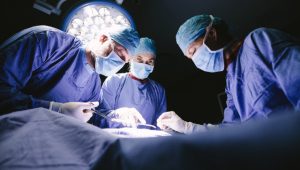 The lockdown procedures that many states put in place to stop the spread of COVID-19 have had many unintended consequences, many of which have been economic in nature. However, it seems that as Trump has warned us in the past few months, sometimes the cure is worse than the disease itself.

However, while we’re having some severe blowback from these stay-at-home orders, we’re nowhere near the catastrophe that is unfolding in Ontario, Canada, where tens of thousands of medical procedures have been postponed resulting in delayed heart surgeries that have left 35 people dead.

This is the inevitable outcome of a socialist style healthcare system in the middle of a pandemic. And yet, the left wants this system here, in the United States, where it will certainly wreak havoc. Mind-blowing, right?

Keep in mind, if we don’t open up soon, or we have a second wave of this, the situation unfolding in Canada could easily happen here.

Check out the details from The Daily Wire:

“A report has been released today by UHN with respect to cardiac deaths and it has been estimated that approximately 35 people may have passed away because their surgeries were not performed,” Health Minister Christine Elliott acknowledged last Tuesday, according to Toronto Star.

“Any death that happened because of COVID-19 — whether directly or indirectly — is a tragedy,” Elliott continued. “We feel for those families who’ve lost family members — whether it has been from cancer death, cardiac death or a COVID-19 death. But these were decisions that we had to make. The decisions were made by medical personnel.”

The Star also reported that Elliot stressed the decision to delay treatments “were made by teams of doctors and other medical professionals as per pandemic plans written years ago,” going on to add that the current health minister “understands it has left many patients anxious.”

Gee, why would anyone with a serious heart condition that needs corrective surgery ever be anxious about their condition when the government, who is always there to help, is taking care of everything?

“We feel for those families who have lost family members whether it has been from cancer deaths or cardiac deaths or a COVID-19 death, but these were decisions that we had to make,” she said, adding, “That’s not something any of us want to hear. It certainly was not intended. Any death is a tragedy.”

The Star also uncovered an FAO report that says 12,200 surgeries and “procedures are being postponed weekly, with the tally reaching 52,700 as of April 23 and climbing daily.”

In summary, if the virus doesn’t kill you, rest assured, the lack of healthcare certainly will.

Here in the US, we’ve postponed elective surgeries and procedures as a means of making sure that hospitals don’t become overwhelmed with the number of COVID-19 patients, a number which still hasn’t materialized in the vast majority of the country. In fact, tens of thousands of healthcare workers have been laid off due to not having enough patients coming in to keep them busy.

Let that sink in for a moment.