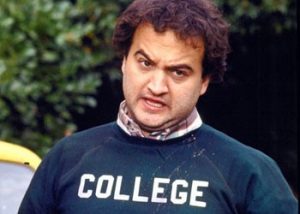 Hey parents: It’s July 2017 and some of you have a job to do this summer. For some, your college age child is home for the summer and you need to snatch a knot in that butt. Remember back when parents were in control and had a guiding voice in the futures of their kids? It’s rare…I know.should’ve implanted in their heads for the first 18-19 years of their life. Now you’re spending over a $100k to have their soft little brains turned

to lib-mush
Do an assessment and make some adjustments. Find out what is being fed into their brains while they are away at school. Do not let your kid get brainwashed by these bubble living tenured professors that have never been anywhere in 35 years but a college campus. They went from being students to teachers-aids to professors to tenured and now they want to tell your kid what the real world is all about. That’s something you

I want you young people to hush and listen to what I’m saying for a second. The medial prefrontal cortex of your brain still isn’t fully developed and won’t be for a couple of years which is why you make bad decisions and respond to everything with high emotion. That’s not an insult but rather a physiological fact. You don’t want to listen to your parents because they aren’t cool, but you’ll listen to Professor Blowhard that smells like moth balls and has trash on his desk that is older than you. Quite frankly everyone in Adult Land is wanting you to succeed and be the best you can possibly be. No one wants to see you scream about your safe spaces, your victimhood, your plight, your marginalization, and your so called free speech that attempts to stifle that same right in anyone with a differing opinion than you. It’s not free speech when it becomes assault. You’re there to study not protest. Get back in class.

“Well how dare you stifle their boldness and bravery to change the world.” 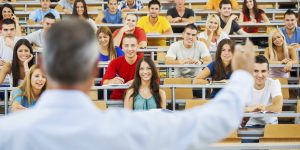 When 9/11 happened they were three! Change the world….Really? They don’t even change the laundry. I’m not discounting where our college students are in this stage of their lives. I’m actually putting a great value on it. So Listen sigma chi…Get your education! That doesn’t come from holding up protest posters with your cronies in the quad. Use this time to learn how to think rather than regurgitate what you’ve been told and then get a job and become a true influencer. Barking about this and that on CNN and setting crap on fire doesn’t create change.

Stupidity abounds folks. Evergreen College wants to have a “day without white people”. Ha. I wanna have a day without stupid. Life isn’t a sound byte or a vine video and it isn’t lived in 140 characters or less. Life is about finding your identity so that you can pursue your destiny and leave a legacy. Listen to the people that love you and utilize the ones that are paid to inform you. Not the other way around.

Thinking is uncomfortable, but you can do it.