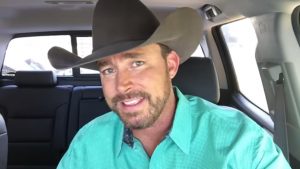 Am I crazy or is the internet just an unfriendly place to be?  Thanks to the 21st century phenomenon that is the “internet troll” it would seem that you can’t join any conversation on social media without being cursed, cussed, threatened, and insulted.  Especially these days when the political climate has created so much division there are those that are simply online to find a fight.

Before the internet came along the world was truly a boring place.  I mean we actually had to speak with people face to face or over the telephone.  Remember sending letters? How barbaric!  Then came the information superhighway. The internet was born and with it came devices innumerable with which to access it.  We no longer had to sit on the toilet reading the shampoo bottle or the newest JC Penny catalog.  We could surf the web and all the knowledge in the world was instantly at our fingertips.

As social media was born suddenly the world became a very small place.  We could communicate in an instant with people in distant lands on the other side of the globe.  We became “friends” with people we would never actually meet in our lifetimes. We knew what they look like, where they vacation, all about their pets, if they were in a significant relationship, and we knew how they looked at life through their daily status updates.  We were all brought together.

And it was wonderful, right?

Wrong! Coming together only served to drive us further apart.  We couldn’t honor the old American tradition of debating and discussing the issues with which we disagreed.  No! We quickly learned that someone that thinks differently from us must be de-humanized and villainized. They were labeled, put in a proverbial box, shelved and filed away.  We decided we didn’t have to tolerate that person in our lives and they were summarily deleted, blocked, and received a cyber execution from we the judge and jury.  With the click of a button they were banished to land of dumb ideologies and falsehoods.  Devil be gone!

No longer do we have the ability to restrain ourselves and take responsibility for this great platform that gives us a voice to the entire world. It’s easier to just simply be spiteful and mean.

Then came the trolls! Those faceless imps with profile pictures of beautiful sunsets, religious icons, and pink unicorns.  Hiding in cyber anonymity they discovered that they could be warriors of the keyboard and receive an almost sexual gratification from getting reactions out of strangers.  Day and night they lurk in the shadows waiting to pounce with their expletive ridden innuendo and vulgar memes.  Oh the joy of making a stranger upset while they crack open another soft drink in the safe confines of their mother’s basement.

Yes my friends the troll is here to stay! If you happen to be one…I psychoanalyze and diagnose you in the video below.  If you aren’t one, then I will give you a strong piece of advice as well…just watch the video.  Love y’all and happy interneting.