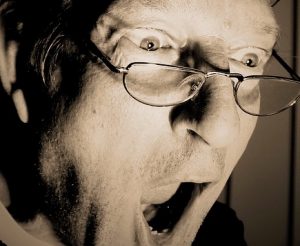 It’s Halloween! Pumpkin spice is everywhere. Decorations are up. Kids are buying costumes. And colleges and universities around the country are holding classes, workshops, dialogues, and Hitler Youth rallies to make sure everyone knows exactly what they can and can’t wear to celebrate All Hallows’ Eve.

College administrators are doing their part by clearly spelling out penalties those who run afoul of the thought police will suffer. The consequences of wearing an offensive costume include mandatory counseling, forced interactions with campus police, suspension, and even expulsion. Of course, the criteria for being offensive is completely subjective and depends on the victim status of the aggrieved party’s gender, sexual preference, skin color, or other social justice classification. Publishing objective standards might indicate that some offenses are more worthy than others, and that would never fly in the homogeneous world of social justice.

Not so long ago, Halloween was a time for kids to scare each other while they racked up several pounds of sugary treats. It was, in a word, fun, and nothing pings a social justice warrior’s radar more than people – especially kids – having a good time. Nothing points to hate, racism, and cultural appropriation more than squeals of glee and cries of happy abandon. Not to worry, though. Steps are being taken.

The march is on to eradicate fun from American life. According to The Agenda, appropriate enjoyment must be regulated to insure absolutely no one is ever offended. Except Trump supporters, of course, but we all deserve whatever we get, according to leftist morality. So, how can you be sure your family’s good times are socially responsible and culturally appropriate? Here are some suggestions from America’s institutions of higher learning.

For starters, Moana, Aladdin, Pocahontas, Tiana, or Mulan are absolutely off limits. So are any costumes requiring dreadlocks, hoop earrings, afros, or tribal beads. Anything related to Native Americans is a no-no, too. Also, all military-related costumes are taboo this year. Some service members use guns, and that makes many Americans uncomfortable.

Sombreros are out. Asian rice hats are offensive, too. Dressing up as a Geisha is bad, as well, unless appropriate transgenderism is involved. Of course, it goes without saying that anything that even appears to have an African inspired theme is verboten, and you don’t even want to think about wearing something that might be mistaken as a Confederate uniform.

Acceptable costumes, according to campus groups, include anything mocking President Trump or any Republican lawmaker. In fact, none of the above rules apply to anyone whose costume is intended to poke fun at, denigrate, or otherwise belittle any prominent conservative. After all, Halloween is just harmless fun.

Vampires, it seems, are ideologically acceptable Halloween characters. Werewolves haven’t been specifically targeted, either, but they’re probably a dangerous path to tread. Get on PETA’s bad side, and your celebration is going to go south in a hurry. Also, zombies are fair game, though care must be taken in planning and assembling the costume. The consequences of dressing in a manner that indicates your alter-ego belonged to any of the left’s pet victim groups before meeting his or her untimely demise would, no doubt, be much scarier than actually becoming a zombie.

To recap, Halloween is basically a time for America’s elite to celebrate their privilege by appropriating the customs, traditions, and sacred mores of other cultures. Even worse, it involves fun, frolic, and lots of processed sugar. While concrete guidelines are inappropriate, you can stay socially responsible by following this simple rule of thumb – if you find that you’re enjoying yourself, you’re probably wrong. Change your costume to something that doesn’t make you smile. Happiness has no place in a socially just America.