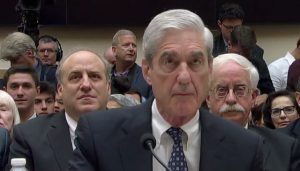 According to new reports circulating online and in news outlets across the country, data from more than 25 government-issued phones that were used by members of Robert Mueller’s team was wiped or deleted during the course of the Russia-Trump investigation.

This information comes from a series of documents released by the Department of Justice.

Several prosecutors on the special counsel’s team claimed they accidentally wiped their devices by entering incorrect passwords too many times. Others said they intentionally deleted data from their phones.

Andrew Weissmann, a top deputy on the special counsel’s team, “wiped” his phone twice, according to the documents, which were released in response to a Freedom of Information Act lawsuit filed by Judicial Watch.

Weissmann “entered password too many times and wiped his phone” on March 8, 2018, the Justice Department spreadsheet says. He claimed to have “accidentally wiped” his phone on Sept. 27, 2018.

Another phone used by James Quarles, one of special counsel Robert Mueller’s closest aides, “wiped itself without intervention from him,” other documents say.

Yeah. Right. The phone magically wiped all of its data away all by itself. Does this guy really expect us all to believe that nonsense? Really?

Greg Andres’ phone was allegedly wiped due to a forgotten password back on May 30, 2018.

Following the example of his buddies on the team, L. Rush Atkinson also claims to have “accidentally” wiped data from his phone two days later, on Nov. 29, 2018.

And believe it or not, there are other incidents listed in the documentation.

Something smells rotten about all of this, though there is nothing in the records that indicates the data was wiped clean on purpose.

So either there was a lot of gross ineptitude in Mueller’s team, or folks are trying to ensure certain bits of information didn’t get seen, especially since it seems likely they knew full well the DOJ would be looking through their phones.

Wonder if we’ll ever really know which it is?