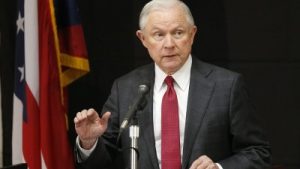 Sanctuary Cities are suing the Federal Government. Let that sink in for just a second.

What is a Sanctuary City?

According to a May 23, 2017 article by Tess Owens published in Vice News.

“In a memo released Monday, Sessions established narrow criteria for defining sanctuary jurisdictions: those that “willfully refuse to comply” with a single federal immigration law, Section 1373. He also limited what types of funding the government can withhold from jurisdictions that don’t abide by it. Section 1373 requires state and local officials to share information about individuals’ immigration status with federal immigration authorities. Last month, Sessions sent letters to nine jurisdictions that he had identified as potentially noncompliant with Section 1373, including Chicago, New Orleans, New York City, and Philadelphia.”

So why the confusion?

This morning on Fox News Garrett Tenney laid out the argument for a last chance cooperation with Sanctuary Cities. The Federal Government is going after grants that were given months ago and now these cities have failed to meet Federal criteria. Courts are currently keeping the Federal Government from withholding new monies.

How dare that meanie Donald Trump and that Southern hillbilly Jeff Sessions act like the federal government can do this to these poor people fleeing from disaster and poverty to find a better life in America.

Let’s not concentrate on the fact that these individuals broke the law by coming here. Cost hundreds of billions of dollars to take care of, by providing schooling, health care, welfare and the like. We meanie Conservatives have no heart.

See how all of this works.

But, hey don’t take my word for it check out this article from Reuters.

In the article the Obama administration argued that immigration was to be handled by the Federal Government and not the State.

“The lawsuit is part of a broader approach by President Barack Obama to deal with the 10.8 million illegal immigrants believed to be in the country, arguing that immigration is the responsibility of the federal government not each state.”

Let’s fast-forward to today. We have multiple cities (Chicago, San Francisco) and a state (California) that is suing the Federal government. They are claiming that each state has the right to issue its own immigration policies. They’ve told federal officials that state representatives will not be sharing immigration information with them.

This is the democrat party.

They want to “have their cake and eat it to”.

Are you starting to understand?

It’s time to restore law and order in this country. Will it take another Boston Tea Party? Who knows.

What I do know. Thank God for Donald Trump.