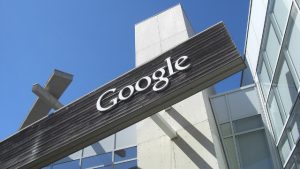 The Department of Justice has announced that it intends to file an antitrust lawsuit against tech giant Google after an investigation concluded that the company has been engaging in “monopolistic behavior.”

The lawsuit plans to allege that the company has been using anticompetitive practices as a means of protecting its search and search-advertising businesses, according to a high ranking official within in the DOJ.

Google has frozen out competitors through contracts between the tech giant and browsers, carriers, and mobile phone manufacturers that give Google such prime standing as the default search engine across a variety of platforms as to bar any competitors from beginning to compete with the tech giant. Googles search queries make up roughly 80% of all those in the U.S.

Google has argued in the past that billions of people choosing to use its product every day is evidence of the company’s competitive edge, not monopolistic behavior. The legal battle between the tech giant and the U.S. government is likely to span years.

President Trump has been one of the most prominent voices accusing big tech companies like Google, Facebook, and Twitter of engaging in this kind of behavior, along with censorship of conservative views. The lawsuit in question is being hailed by Sen. Josh Hawley, a vocal supporter of President Trump.

“Today’s lawsuit is the most important antitrust case in a generation. Google and its fellow Big Tech monopolists exercise unprecedented power over the lives of ordinary Americans, controlling everything from the news we read to the security of our most personal information,” Hawley wrote in a statement posted on Twitter.

“And Google in particular has gathered and maintained that power through illegal means. That is why I launched a sweeping antitrust investigation of Google when I was Missouri Attorney General, and that’s why I stand behind the Department of Justice’s actions today. But to be clear – this is just a first step, and I will continue to fight for the legislative solutions needed to end the tyranny of Big Tech,” the senator added.

It’s no secret that Google has been doing its best to bury major conservative news sources like Breitbart News in the search rankings. We have actual documentation of employees for the company doing that very thing.

Why would they do this?

Well, part of it is about money. Big Tech firms need the government in their pocket, so this means doing lots of favors for the higher ups in charge or for those in the movement that have a lot of pull and sway. Hence, they are willing to silence the political opposition.

Then, of course, there’s the fact that most young folk who make up the ranks at Google are just liberal to the core and actually buy into the nonsense and thus use their position to further their own agenda.

It’ll be interesting to see how this pans out.