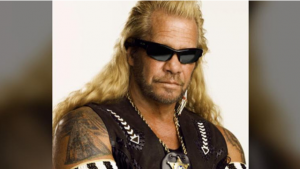 Authorities are still hunting down a man who made distinct threats to President Trump’s life on social media recently, causing many to wonder why he is the only man currently being hunted by authorities for making such claims when there are likely thousands of disgruntled progressives who do so daily.

Regardless, the FBI has offered a huge cash reward to find Shawn Christy, a man who threatened to shoot Trump in the head as well as shoot any law enforcement officer who tried to intervene in June.

Christy has been on the run for well over two months now, and in July broke into a New York State home and stole three handguns.

BREAKING: US Marshals believe Shawn Christy of McAdoo broke into a home in Drums and stole three handguns. Christy is wanted for threatening President Trump. Marshals say he is dangerous and residents should lock their doors. https://t.co/CEg6ti6CJS pic.twitter.com/8wv8f0Qh76

Now, Duane Chapman, aka Dog the Bounty Hunter, is joining in the chase, according to the Courier-Journal:

Dog the Bounty Hunter says he has joined the manhunt for fugitive Shawn Christy.

Wednesday afternoon, Duane Chapman said by phone from his home in Hawaii that he was retained by a friend of the Christy family who he cannot identify publicly.

“I have a very hot lead,” Chapman, also known as Dog the Bounty Hunter, said.

I have delivered messages to him,” Chapman said, not elaborating further. “My goal is not to shoot him but get him to surrender.”

Chapman said Christy is a not a career criminal, so the TV personality believes there may be some hope he can talk to the fugitive and get him to surrender.

Chapman said he plans to arrive in Mansfield on Sept. 27.

A scenario that already sounded like a TV show has just gotten more entertaining! We hope Dog can catch the criminal without anyone getting hurt.