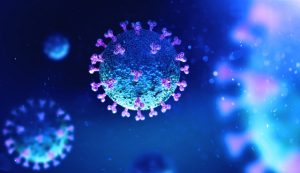 According to new reports, National Chair of the South African Medical Association, Dr. Angelique Coetzee, the one who made an early discovery of the Omicron variant amongst patients has said “the hype” that has now been created around the new variant is unwarranted.

Well, that’s a statement that’s sure to get her cancelled by the paranoid and ever fearful individuals on the left, isn’t it? We all know Democrats do not take kindly to their narrative of panic and doom and gloom being undermined.

According to a report from Reuters says “the variant was detected and announced by South Africa’s National Institute of Communicable Diseases (NICD) on Nov. 25 from samples taken from a laboratory from Nov. 14 to Nov. 16.”

Coeteez then went on to tell Reuters that in one of the “biggest hospitals” in her “area” and country of South Africa, there is currently only one single patient who is COVID-positive on ventilation, and there has not been any confirmation, as of this report from Sunday, that Omicron is the cause.

“The hype,” Coetzee went on to say, “that’s been created currently out there in the media and worldwide doesn’t correlate with the clinical picture. And it doesn’t warrant to just cut us off from any traveling, and bans South Africa as if we are the villains in the whole process — should not be like that.”

Coetzee, who is also on the Ministerial Advisory Committee on Vaccines, says, “looking at the mildness of the symptoms we are seeing currently, there’s no reason for panicking as we don’t see severely ill patients.”

“I also checked with the hospital, some of the hospitals in my area, and one of the biggest hospitals they only have one patient currently that’s COVID-positive on a ventilator, and they don’t even know whether it’s COVID — you know it’s Delta- or whether it is Omicron-related,” the doctor said.

Reports of the new variant have since resulted in several European countries, such as the United Kingdom, issuing travel bans on southern African countries, a ban that South Africa has strongly contested. Since Friday, the United States and some Asian nations have also banned travel from South Africa.

Someone in the medical profession is telling everyone not to panic about the new strain of COVID? Where are the digital pitchforks and torches? This woman needs to be run out of town.