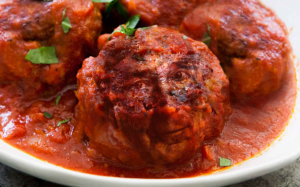 Let’s get one thing straight from the get-go: it is my super professional and mature opinion that Michael Bloomberg is a complete dirtbag.

Though he’s a fiscal and national security centrist, the dude is so far left on social issues it’s laughable. To say nothing of that time he allegedly told one of his staffers to “kill it” when he found out she was pregnant.

Needless to say, I’m not a big fan of the guy.

I’m also not a big fan of single-digit presidential candidates who refuse to bow out and continue to grasp at relevancy long after they’ve secured their place in the back of the pack, among which Bloomberg, who has spent over $200 million on his campaign to date, is chief.

Last night, however, Bloomberg’s campaign tried an interesting and surprisingly kind of funny strategy to gain attention to the fact that he’s still in the running.

Having failed to qualify for CNN’s debate on Tuesday night, Bloomberg decided to post dozens of surreal, oddly humorous tweets during the debate.

I mean, why not? The dude’s not a serious candidate, he might as well be an absurd one as well.

According to The Daily Wire, Bloomberg’s campaign confirmed to Washington Post reporter Joseph Marks that they had not been hacked by Terry Gilliam and that the Bloomberg 2020 social team was “trying something fun” that night.

An earlier tweet out of Team Bloomberg said, “When choosing your candidate, remember…Mike can fit nine D batteries in his mouth at one time. #BloombergFacts #DemDebate … UPDATE: as of last night, it’s now up to 11.”

According to Ryan Saavedra, that one was apparently a little too weird and wound up deleted before the night was out:

Michael Bloomberg appears to have deleted this tweet pic.twitter.com/UDy0d6BRra

In another Monty Pythonesque tweet, Team Bloomberg superimposed their dude’s face on an otherwise delicious looking meatball and said, “Test your political knowledge: SPOT THE MEATBALL THAT LOOKS LIKE MIKE.”

The Mike meatball was briefly the campaign’s Twitter profile photo before being changed back to the official “Mike Bloomberg 2020” image.

One of my favorites reads, “Mike can telepathically communicate with dolphins. #BloombergFacts #DemDebate”

I don’t care if this is a ploy from Team Bloomberg to try to be relevant to young voters. That’s hilarious.

“Much like a real wolf, debate moderator Wolf Blitzer can devour an elk carcass in one sitting. #DebateFacts #DemDebate”

“What’s your #DemDebate #DebateSnack? If you want to sample Mike’s spicy guacamole, send a self-addressed, stamped envelope to Mike 2020 headquarters and Mike will send you a scoop!”

“Mike has given billions to charity, but refuses to give another cent to his lazy slacker nephew, Duane. #BloombergFacts #DemDebate”

“While Mike is currently the 14th richest person in the world, that position could change depending on how he does tonight at the dog track. #BloombergFacts #DemDebate”

“Mike’s house is designed to look exactly like the interior of the Millennium Falcon. #BloombergFacts #DemDebate”

I don’t care if it makes me unpopular, I got a chuckle out of a few of these. I also give folks my age (those pesky millennials) enough credit not to be fooled by a cheap attempt at winning them over with funny tweets. Promises of canceling student debt and giving everyone everything for free through democratic socialism, however, well, they’re a little more gullible on that one.