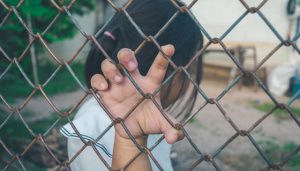 The Biden administration is supposedly expecting an extraordinarily high number of unaccompanied minors to show up at the southern border over the course of the year.

Manjarrez pointed to the Biden administration’s decision to discontinue the 10-month practice of returning all unaccompanied children to Mexico rather than bringing them into U.S. custody as a leading factor for smugglers sending 2,000 children over the border each week this month. After taking office in January, Department of Homeland Security Secretary Alejandro Mayorkas directed border officials not to send any single child south of the border, choosing instead to stick along the lines of a 2007 trafficking law that protected most single children from being deported.

However, the Border Patrol is already struggling to hold minors in its custody because its holding stations are not suited for children and coronavirus restrictions make it difficult to detain people safely. Children are to be held by Border Patrol no more than three days before being transferred to the Department of Health and Human Services, which oversees child care facilities where children are held before being released to a family member or sponsor in the U.S.

It’s really frustrating to see these folks taking advantage of the generosity of our country in such a flagrant way, as if they deserve for us to just let them walk into the United States and take care of them from cradle to the grave.

And what’s worse is how the Democratic Party feeds into this sense of entitlement by catering to these individuals and essentially encouraging them to break our laws and take advantage of our welfare system.

Something has got to bring this to an end before we become overwhelmed. Not to mention the potential for spreading the coronavirus these folks pose as they enter the country.

Just bad news all around.