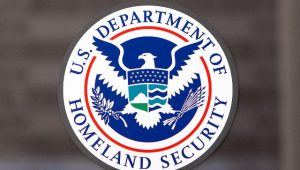 The Biden administration is catching all kinds of fiery criticisms for their approval of allowing migrants to use their arrest warrants at TSA checkpoints at airports, leading to a rise in accusations that the president cares far more for illegal immigrants than he does his own people.

Arizona Attorney General Mark Brnovich stated in a letter that Homeland Security Secretary Alejandro Mayorkas is helping to create the crisis at the border with this strange policy.

“Your oath of office is not a suggestion, but a solemn responsibility,” Brnovich wrote in the letter that was also shared with Secrets. He went on to say that this policy endangers the country, asking that it be brought to an end immediately.

“It is an affront to the most basic common sense to allow anyone to use an ‘arrest warrant’ as acceptable identification to pass through government security,” Brnovich stated in the letter.

Missouri Attorney General Eric Schmitt has also complained, and nearly a dozen senators criticized the new policy in the past week.

“Permitting the use of ICE arrest warrants as travel documents is at best illogical, and at worst a serious threat to our nation’s homeland security,” they went on to write in a letter organized by North Carolina Sen. Thom Tillis.

TSA has argued the arrest warrant, a Form I-200 from Immigration and Customs Enforcement to notify of immigration violations, works because it is a federal form.

But instead of being used to welcome illegal immigrants through TSA checkpoints, critics believe it should be a deportation trigger. These words are at the top of the form: “Warrant for arrest of alien.”

Brnovich then gave a warning, saying, “What is occurring at our border is nothing short of chaos and lawlessness, and an increasing number of Americans are paying the price for this administration’s intentional and reckless policies — with their safety and their lives.”