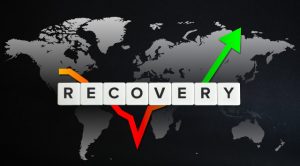 In news that shock exactly no one, Democrats have finally admitted that they are scared out of their wits by the idea that if the coronavirus restrictions are lifted and things reopen, the economic bounce back that is likely to occur could strip them of their greatest weapon in the battle to prevent President Trump from getting reelected as president.

Folks, this tells you everything you need to know about the modern left. Rather than being happy about the fact folks could get back to work and start providing for themselves, they’d rather focus on Trump. This has been the Democrats’ problem ever since the president took office. Obviously, they hate him more than they love this country.

And now it’s starting to show.

All of this is the result of a prediction by a former top Obama economist who is predicting that we’re on the cusp of seeing the “best economic data” in the country’s history.

Democrats are reportedly panicking over an election scenario prediction by Harvard professor Jason Furman, a top economist in the Obama administration, who said last month that the United States is about to the see the “best economic data” in its history.

The news reportedly stunned Democrats who had been hoping that the economic damage suffered as a result of the pandemic would be enough to sink President Donald Trump’s re-election chances.

“We are about to see the best economic data we’ve seen in the history of this country,” Furman told a group of bipartisan leaders from both parties.

Politico reported that Furman laid out a rather detailed case for why the months leading up to the November election could end up being very, very good for the president, offering him a lot of material to use in his bid for the White House. This, of course, is making Democrats panic. Big time.

Another former top official for Obama stated that this idea of major economic recovery in the months leading up to November is their “big worry,” and noted there is a high level of concern about this among high ranking Democratic Party officials.

How sad is it that these folks are more worried about beating Trump than seeing our nation recover and be prosperous? What they really want is to see this economy crash so they can justify implementing socialist policies and people will accept it out of fear and desperation.