Democrats Preview Their Case Strategy For Impeachment Trial: ‘Like A Violent Crime Prosecution’ 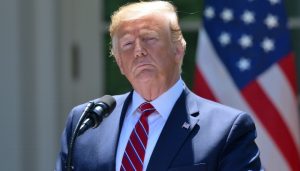 House Democrats are apparently going to be delivering their impeachment case against former President Donald Trump “like a violent crime prosecution” when the trial begins on Tuesday afternoon.

Apparently a lot of Democrats in the Senate have been watching too many reruns of Law & Order.

The trial for the former president kicked off at 1 p.m. on Tuesday afternoon and is expected to take up to a week. Trump is being charged with one article of impeachment for allegedly inciting an insurrection on January 6th as protesters attacked the U.S. Capitol.

“You are going to see a devastating case against Trump in the managers’ presentation in the coming days,” a senior aide told reporters. “It will tell the full story, woven together in a way that it hasn’t been done before, that shows not only the violence but how the president incited it.”

Five people, including a Capitol Police officer, died as a result of the Capitol attack. Dozens were injured, and the Capitol was defaced and damaged. The attack left lawmakers terrified for their own safety, and the campus is now surrounded with 8-foot barbed wire fencing while the building is populated with thousands of National Guard troops.

The nine Democrats who will serve as impeachment managers have been working to construct the case against Trump involving an incident that left them terrified and fearful for their own safety, they said.

“This is personal for them,” aides said.

The aide in question has declined to reveal what kind of evidence the managers are going to be presenting, but did say they will prove that the attack was directly caused by Trump who stirred up the people before the incident started and that he did not take any steps to bring the siege to an end.

You know, the one thing these folks keep forgetting to address is the unconstitutionality of this whole trial to begin with. You cannot be impeached when you are a private citizen.

The whole purpose of this farce is to try and make sure that Trump cannot run for the White House again in 2024.

Just goes to show you how much Trump threatens the political establishment of both parties.