Democrats Having Sudden Change Of Heart About Mask Mandates 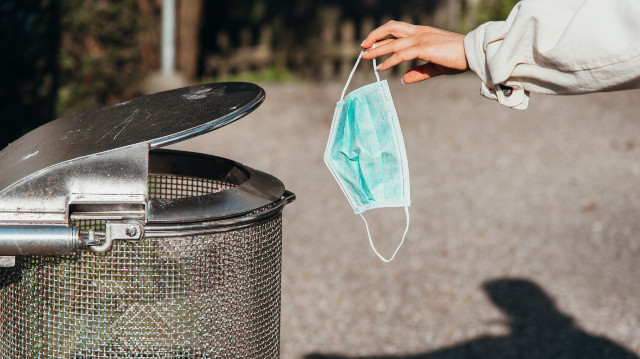 Democratic lawmakers are desperately trying to back away from their previous pro-mask stances which they took during the height of the coronavirus pandemic, according to new reports from The Hill.

The news outlet went on to report that the strong pro-mask stance is now becoming a massive political liability for the Democratic Party. In fact, to back up this claim, many U.S. lawmakers are pointing to polls that show President Joe Biden’s abysmal approval ratings which are somewhere around 40 percent or less.

Lawmakers have said that the reason for this is COVID fatigue, which has led to voters not being happy with the current direction our country is headed in.

Biden’s approval rating actually sank down to 47 percent according to a Washington Post-ABC News poll.

The survey, which was conducted just ahead of the president’s State of the Union on Tuesday, showed that he held a 55 percent disapproval rating.

The survey conducted ahead of Biden’s State of the Union address showed the president with a 55% disapproval rating.

The Hill noted hardly any Democrat senators wore masks on the House floor when Biden gave his State of the Union address on Tuesday. Brian Monahan, the Capitol’s attending physician, had said people would no longer be required to wear masks in the chamber. Monahan announced masks would be optional.

More and more Democrats have ditched their masks in the hall of Congress and joined Republican counterparts, who got rid of their face coverings long ago, according to The Hill.

Sen. Debbie Stabenow, D-Mich., stopped wearing a mask in the Capitol this week. She said the decision was based on guidance from the Centers for Disease Control and Prevention.

“As the president said, Democrats have done a … very good job at getting us out of the COVID mess, and we’re about to turn the corner,” Schumer stated.

“[Biden] made it political in his campaign against [Donald] Trump, and he’s paying the price for that,” he commented.

“It’s schools and it’s education and it’s parents’ roles in their kids’ education. All that stuff has flowed from that [mask] controversy, and I think they’re paying a political price for it now,” he added.