The Democrat house of cards is collapsing 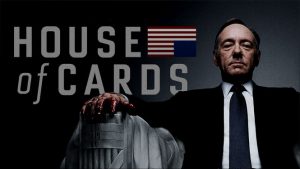 It’s been a hectic week.

I don’t want to go into too much detail but let me fill you in. I’ve been in radio for the past four years. Because of the grace of God and my hard work I forged an amazing friendship with my Executive Producer Ron Phillips. We broadcast a conservative radio talk program that currently airs on TheBlaze Radio Network every Saturday from 9a-12p EST, called The Conservative Cartel. http://www.theblaze.com/radio-shows/the-conservative-cartel/

Here’s where the story gets interesting.

I’m originally from Fort Wayne, Indiana and have done some fill in work on News Talk 1190 WOWO.

About a month ago, TheBlaze Radio Network offered us a spot on their National Radio platform.

I uprooted my life and headed to Dallas,Texas to chase my dreams.

Three days ago my Executive Producers house was struck by lightening and destroyed, which has turned our world upside down.

Now that you know the background of this deal let me tell where I’m heading.

As I sit here this morning collecting my thoughts and browsing the national news, which I haven’t done in three days because of the fire, I’m struck by the Karma that is now completely choking the Democrat party.

As I’m reading the Fox News article this morning about the Russian connection to the Democrat party, I can’t help but think how things always tend to work themselves out.

Here’s the article if you would like to read it.

I find it entertaining that the Democrat party has been crying wolf for the past year that President Trump won the election because of Russian interference.

Yet, all of the information that has flowed out of this story all points back to Hillary and Bill Clinton and in particular the Obama Presidential administration.

The media would want you to believe that it was the mean old Russians who got Trump elected and foiled their plan to keep you safe and secure at night under their blanket of socialism.

When in fact it’s quite the opposite. Hillary and Bill made over $145,000,000 million from the sale of Uranium One to Russia. Yes that is millions. On top of that Bill Clinton was paid $500,000 for a 45 minute speech to a Russian corporation. That’s good pay if you can get it. All the while Hillary, Bill, Eric Holder, Loretta Lynch and Barack Obama are telling you to forget about what you see with them, you should be concentrating on what President Donald Trump did with the Russians.

The house of cards that the Democrat party built is slowing falling down all around them. Information is coming out daily that is implicating the left and in particular all of the people I talked about in the past paragraph.

The Democrat party is in free fall.

The Republican party needs to get their act together. Wouldn’t it be a wonderful thing to promote smaller government, less taxes and a roaring economy?

This is a time for action, bold moves and effective leadership.

It’s time the Republican party woke up and started working for we the people. If they could only do that we wouldn’t see a Democrat in the White House for at least the next 30 years.

That would be something to celebrate.