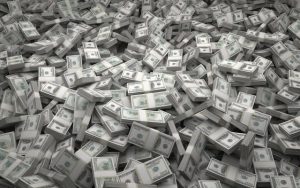 The Democrats have all kind of fanciful ideas on how we may find the funds to pay for universal healthcare.

It’s just that none of them make any sense.

After all, “Trump and the Republicans hate women and minorities” isn’t exactly a robust Senate budget proposal.

It’s still their go-to answer though, and the CEO of the DNC just revealed that it’s pretty much all they have.

Speaking to Yahoo Finance and their “All Markets Summit: America’s Financial Future” event in the capital, Seema Nanda was asked how Democrats plan to pay for the Obama-backed Medicare for all plan.

Apparently, they haven’t gotten that far.

Only one thing was clear: whatever the problem with funding the $3 trillion dream of universal healthcare, it’s the Republican’s fault.

“I think what we saw with this Republican Party is we saw an irresponsible tax cut, and then we saw an immediate pivot that they … planned to go after Medicare, Social Security, Medicaid next,” she explained.

“I don’t know how we’re going to get there, but these are all big conversations that we need to be engaged in.”

Well, we’re talking…and so far we’ve established that you have no plan.