David Hogg Is Still Trolling Marco Rubio, and Still Getting Schooled for It 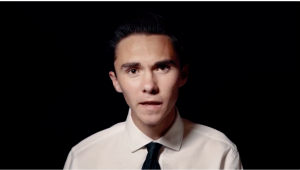 You’ve got to hand it to David Hogg, in all this time, as the public has moved on and found new leftist heroes to laud (Christine Blasey-Ford! Alexandria Ocasio-Cortez! Beto!), he’s still doing his thing on Twitter, hoping to relive the glory days when the eyes of the world hung on his every tweet.

So he’s sticking with what he knows best: trolling Florida Senator Marco Rubio and blaming him for gun violence.

Using a very tired argument from the gun-grabbing left, Hogg recently suggested someone tell Rubio that Bible verses don’t protect children from being killed (as if anyone thought they did?)

Who is going to be the one to tell Marco Rubio that Bible verses don’t stop kids from getting shot?

You can see by the 87-some-odd-thousand likes that he’s not the only one who thought this was a total zinger.

But, same as it has ever been since the name David Hogg first came into our homes last February, he was quickly schooled by people who have just as much authority to speak about gun violence as he does.

That is to say, other survivors of the Parkland shooting and family members of the victims.

Like good ol’ Kyle Kashuv, the Marjorie Stoneman Douglas senior who has been a vocal advocate for secure schools and the Second Amendment since the deadly shooting in Parkland:

Neither does gun control yet you push it on the daily https://t.co/qKdTzfoba6

Or Hunter Pollack, brother to Meadow Pollack who was one of the students killed in the February 14th rampage:

Maybe it’s time to find a new cause, Davey.