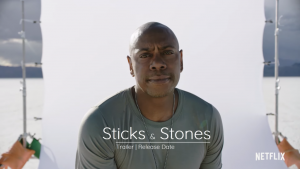 Comedy has long been the first frontier for thought-provoking, politically incorrect thoughts to be expressed. From Lenny Bruce to George Carlin to Richard Pryor, the stand-up comedian’s stage has never really been a place where virtually any person, place, or thing is allowed sacred cow status.

While it’s cool, trendy, and totally acceptable to roast religion, Republicanism, and other tenets of traditional conservativism (and we conservatives typically, though not invariably, have thick enough skin to take it), don’t you dare touch any “vulnerable people groups” or, as Dave Chappelle knows full well, the thought police will “cancel” you on the spot.

Chappelle garnered a heck of a lot of criticism over a particular part of his latest Netflix comedy special, Sticks And Stones which, as you can tell from the title, isn’t going to pull any punches.

Perhaps the biggest bone folks have to pick with Chappelle is his joke about the insanity of transgenderism which, if you ask me, is right on point.

“What I didn’t realize at the time was that I was breaking an unwritten and unspoken rule of show business,” Chappelle said. “No matter what you do in your artistic expression, you are never, ever, allowed to upset the alphabet people. You know who I mean. Those people who took 20% of the alphabet for themselves. I’m talking about them Ls and Bs and Gs and the Ts.”

In case you live under a rock, he’s referring to the ever-expanding alphabet soup of alternative sexual expressions typically shortened to LGBT.

“I feel bad for the Ts. But they’re so confusing,” he continued, referring to transgenderism. “The fact is if a person can be born in the wrong body, they have to admit that’s a f***ing hilarious predicament.”

The LGBT news site Pink News describes the rest of the joke:

Chappelle then goes on to do a racist impression of a Chinese person, pretending that Chinese is “how I feel inside”.
He continues in the same vein: “Say Lebron James changed his gender… can he stay in the NBA? Or does he have to go to the WNBA, where he will score 800 points a game?”

Can you say with a straight face that he doesn’t have a damn good point there?

Of course, no unapproved thought is allowed in cancel culture, and words like Dave’s are actually literally incitement, according to the snowflake mob.

“Please f**king stop watching Dave Chapelle,” tweeted a woman identifying as a transgender lesbian, according to The Blaze. “The things he says get trans people murdered.”

That Dave Chappelle special was difficult to watch. Jokes aren’t “just jokes” when those jokes contribute to a climate gets people killed. Black trans women are being murdered at higher rates than before. These “jokes” aren’t simply offensive, but they are deadly.

Anyone blaming church shootings on stand-up comedy? No, because that’s moronic. Incitement is only incitement when it’s incitement. Make sense?

Gotcha, because refusal to go along with literal mental illness is bigotry. Noted.

Here’s the trailer for Sticks and Stones. Would you watch it?