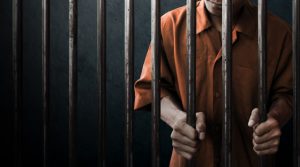 The father of a biological girl who believes she’s really a boy turned himself into a Canadian court on Tuesday and was immediately taken to jail after the Attorney General of British Columbia put out a warrant for his arrest for contempt after he insisted on referring to his biological daughter as “she” and “her.”

Robert Hoogland, from Surrey, British Columbia, has a 14-year-old daughter. In February 2019, the Supreme Court of British Columbia, Canada ordered that the girl receive testosterone injections without obtaining parental consent. “The court also declared that if either of her parents referred to her using female pronouns or addressed her by her birth name, they would be considered guilty of family violence,” The Federalist noted.

When she was in seventh grade, the girl’s school urged the girl to see psychologist Dr. Wallace Wong, who recommended the girl should begin taking cross-sex hormones at 13. Hoogland cited his daughter’s alleged history of mental health issues, and refused to give permission. Doctors at BC Children’s Hospital decided the girl should receive testosterone injections.

Hoogland, disturbed by the possible effects of the hormone therapy, objected, but one of the doctors informed him that the girl’s consent was enough for her to begin receiving the hormones. Hoogland responded by seeking an injunction to stop the treatment, but Justice Gregory Bowdenruled in February 2019 that the girl was “exclusively entitled to consent to medical treatment for gender dysphoria,”adding, “Attempting to persuade (the girl) to abandon treatment for gender dysphoria; addressing (the girl) by his birth name; referring to (the girl) as a girl or with female pronouns whether to him directly or to third parties; shall be considered to be family violence under s. 38 of the Family Law Act.”

Hoogland said, “The government has taken over my parental rights. They’re using (the girl) like she’s a guinea pig in an experiment … Is BC Children’s Hospital going to be there in 5 years when she rejects [her male identity]? No they’re not. They don’t care. They want numbers.”

This is crazy, folks. A father is in prison for referring to his daughter as “she.” That’s what this young lady is. A “she.” Are we really going to allow the radical left to refer to us as “science deniers” when they are the ones clearly deserving of that title?

Pray for this man. He’s fighting the insanity of the far left that has infected not only his government, but his whole culture.