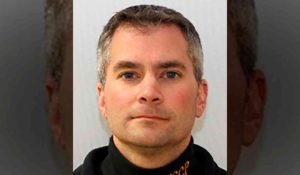 The medical examiner in Washington, D.C. who conducted the autopsy of Capitol Police Officer Brian Snicknick, revealed that he did not die from injuries sustained during the Capitol siege on January 6 at the hands of Trump supporters, but passed away from having two strokes.

This, of course, flies in the face of the narrative that the mainstream media has been reporting on for months now, attempting to paint Trump supporters up as violent cop killers and hypocrites.

At the time of the incident, it was reported that Sicknick “was struck with a fire extinguisher.”

D.C. medical examiner Francisco J. Diaz said there was no evidence that Sicknick suffered an allergic reaction to chemical irritants. Julian Elie Khater, 32, and George Pierre Tanios, 39, were accused of spraying Sicknick with a chemical irritant and were later arrested for assaulting an officer.

“The USCP (United States Capitol Police) accepts the findings from the Office of the Medical Examiner, but this does not change the fact Officer Brian Sicknick died in the Line of Duty, courageously defending Congress and the Capitol,” a statement given by the Capitol Police said. “The Department continues to mourn the loss of our beloved colleague. The attack on our officers, including Brian, was an attack on our democracy. Working with the U.S. Attorney’s Office for the District of Columbia, the F.B.I.’s Washington Field Office and the Metropolitan Police Department, the USCP will continue to ensure those responsible for the assault against officers are held accountable.”

It’s sad that this officer died. It’s even more tragic that the radical left in this country has been using him as a means of attacking Trump supporters, turning his death into a political pawn to be used for the furtherance of their own agenda.

The left is truly morally bankrupt.