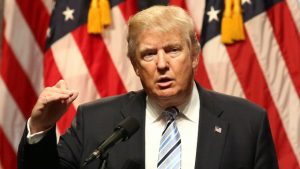 Washington, D.C., Attorney General Karl Racine stated that President Donald Trump, Donald Trump Jr., and Rudy Giuliani might end up being part of investigations for allegedly inciting the riots that took place at the Capitol on Wednesday.

Racine made an appearance on “Good Morning America” Friday morning where he talked about the ongoing efforts of local law enforcement to identify the individuals who were involved in the riot that occurred inside the building. Other individuals would be investigated for inciting the mayhem.

“I think the question is, how far up does it go? Clearly the Capitol was ground central in all of this mob’s behavior,” Racine said. “Donald Trump Jr., Rudy Giuliani, even the President of the United States, were calling on their supporters and hate groups to go to the Capitol and, in Rudy Giuliani’s words, ‘exercise combat justice.’”

“We’re going to investigate not only those mobsters, but also those who incited the violence,” he added.

Racine’s comments come after the Department of Justice did not rule out charging the president with a crime related to the riot.

“We are looking at all actors here,” U.S. Attorney Michael Sherwin stated on Thursday. “Was there a command and control? Were there others that maybe assisted or facilitated or obviously played some ancillary role in this? Anyone that had a role, and the evidence fits the elements of a crime, they’re going to be charged.”

It seems the media and everyone else involved in the investigation has forgotten that President Trump did call for peace early in the day. He told his supporters not to engage in violent acts.

Is it really his fault if they didn’t listen? That is something that seems up for debate at the moment.

The bottom line is, this event could have serious repercussions for the president and his family. And what’s worse, the real threat of voter fraud to our nation and our free elections is going to go unanswered.