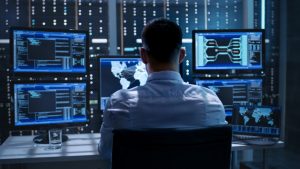 Federal authorities are increasingly growing alarmed by a long-undetected intrusion into U.S. and other various computer systems from around the world that many are claiming was carried out by Russian hackers.

America’s cybersecurity agency has warned of a “grave” threat to the government and private networks.

The hack compromised federal agencies and “critical infrastructure” in a sophisticated attack that was hard to detect and will be difficult to undo, the Cybersecurity and Infrastructure Security Agency said in an unusual warning message Thursday. The Department of Energy acknowledged it was among those that had been hacked.

The attack, if authorities can prove it was carried out by Russia as experts believe, creates a fresh foreign policy problem for President Donald Trump in his final days in office.

CISA officials did not respond to questions and so it was unclear what the agency meant by a “grave threat” or by “critical infrastructure” possibly targeted in the attack that the agency says appeared to have begun last March. Homeland Security, the agency’s parent department, defines such infrastructure as any “vital” assets to the U.S. or its economy, a broad category that could include power plants and financial institutions.

Microsoft, who has been called upon to help with the breach, stated on Thursday evening that there have been 40 government agencies, think tanks, non-governmental organizations, and IT companies that have been broken into by the hackers.