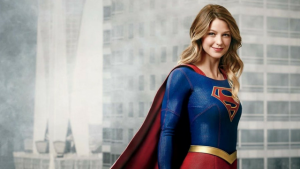 I mean, we all know that the vast majority of the entertainment industry is pretty far left, and that they have been using television, movies, and pop music for decades to push a certain agenda.

From same-sex teen kissing to relentless dad-bashing to “women’s empowerment” in the form of promiscuous female characters, television has been at the forefront of the culture war and has proven to be a formidable foe to the champions of conservative culture and politics.

But CW’s “Supergirl” is apparently vying for the “Outstanding Virtue Signaling” award from the Academy of Propaganda Arts and Politically Correct Sciences for the ways they managed to stuff a recent episode full of misleading facts about firearms and epic pro-gun-control lectures.

CW’s “Supergirl” went into full gun control lecture mode in Monday’s episode, “Not Kansas,” which features a criminal getting his hands on a Heel-14 “assault rifle” issued for the government agency DEO and modified for civilians using the debunked gun show loophole.

In a moment highlighted by Newsbusters, ​DEO Head and Martian-in-disguise J’onn J’onnz (David Heywood) lectures the president of the gun manufacturer that created the rifle about the evils of adapting it for consumer use.

He then flexes his government muscles to pressure the private company into compliance with their gun agenda.

“All right, here’s what’s gonna happen right now,” J’onzz declares. “You are gonna hand over all documentation relating to the Heel-14, and you’re gonna comply completely, 100% with our investigation. If you do not, we’ll take our business elsewhere.”

It does not end there. Later in the episode, a character lectures his girlfriend for carrying a handgun for self-defense, saying “someone’s right to own an assault weapon is more important than someone’s right to go to school safely” (no, David Hogg was not a guest star).

Then, when J’onn finds the character who has magically defied all federal gun laws, despite the many superpowers his character has, he talks him down and convinces him to lay down his evil, evil weapon. He is, at that point, presumably no longer evil, you see, because he’s no longer armed.

“After that, a rainbow forms over the characters and all is made peaceful in the land as criminals voluntarily surrender their weapons upon hearing that the government agents will no longer be carrying,” Airey quips. “Okay, I made that part up.”

“This is more virtue signaling from the Left’s Hollywood allies who choose to ignore basic facts about firearms, including the fact that defensive gun use is higher than criminal firearm use,” he says.

“Perhaps next time J’onn takes on an armed criminal with no gun, he should use his laser vision or telepathy to disarm him,” he concludes.

“That would be more ‘realistic.'”