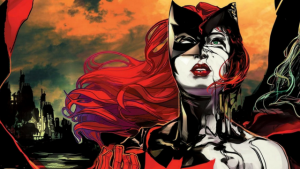 It’s definitely true that Hollywood seems to really be running out of ideas.

For years now, nearly every movie released and a good portion of new TV series are based on books, based on comic books, based on old movies, or remakes. So, Hollywood producers came up with a fresh idea: “reboots”, which is supposed to somehow be different from “remakes.”

The go-to choice for producers to add some modern flair to their “reboots” is, you guessed it, by infusing the characters and plot with high intersectionality points. The more female, minority, or LGBT characters, the better.

See, the thing is, while audiences love “reboots” of well-loved pop culture narratives, they’re not thrilled when entertainment value and homage to the original characters and plots are sacrificed for the sake of cultural redistribution.

In April, Marvel VP David Gabriel admitted that they’re seeing this in full play at the box office:

Apparently, DC has not taken the hint from audiences.

Word on the street is that the CW is launching a new ‘Batwoman’ series, based a character clearly created decades ago in an effort to create more female superheroes–but that’s just not edgy enough in this day and age.

No, she’ll have to be an out lesbian and full-on social justice warrior too, because 2018.

The Hollywood Reporter describes the upcoming series, which is currently holding casting calls for the protagonist:

Batwoman revolves around Kate Kane, who, armed with a passion for social justice and flair for speaking her mind, soars onto the streets of Gotham as Batwoman, an out lesbian and highly trained street fighter primed to snuff out the failing city’s criminal resurgence. But don’t call her a hero yet: in a city desperate for a savior, Kate must overcome her own demons before embracing the call to be Gotham’s symbol of hope.

DC should be careful though.

The further they go down the intersectional path, the higher the bar will be for diversity until they suddenly find themselves creating post-abortive albino paraplegic superheroes combating the lack of pansexual Maori representation on Alaskan fishing vessels.

Don’t say I didn’t warn you.