And the Cultural Appropriation Award Goes to… 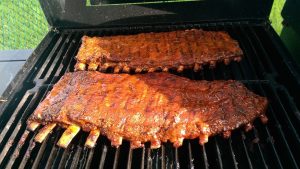 Nia Harris, a black student at NYU, had a bad day. Her sophomoric reaction might be expected since she is, after all, a sophomore. The reaction of NYU president Andrew Hamilton and Aramark executives in response to Ms. Harris’s tantrum is, however, significantly less than we should hope to see from adults in positions of responsibility.

NYU’s Weinstein Dining Hall is serviced by Aramark Corporation. In recognition of Black History Month, a banner was hung outside the facility and a special menu was planned. The food choices, unfortunately, did not meet Ms. Harris’s expectations. She made the decision to be offended when confronted by ribs, collard greens, and – gasp – macaroni and cheese. Still, she managed to control herself until she was forced to choose between red Kool-Aid and watermelon flavored water. The injustice of it all finally pushed her over the edge, and hell rained down on NYU.

Was the young woman’s offense appropriate? A case could certainly be made in her favor. When she complained to the foodservice manager about menu’s racial insensitivity, however, she was told that the employees who put it together were, themselves, black. While Aramark has not confirmed the manager’s statement, Ms. Harris was too determined to be offended to let trifling details derail her fit of pique.

We might assume that a college student nearly two years into her education might take such a circumstance to step back, ask questions, and learn something. It shouldn’t be too far-fetched to think this situation would present a unique opportunity to exchange ideas and help several people see things from a different perspective. Some might even expect college administrators to use the whole kerfuffle as a teaching opportunity. Such lofty and unreasonable hopes lead only to dismay and disappointment in today’s institutions of higher learning, however.

Aramark, instead of determining if any offense was intended, immediately terminated the employees responsible for creating the menu. Soon after, President Hamilton issued an apology on behalf of the university. Moving forward, NYU will require foodservice employees to clear menus with university staff after consulting with student council members and campus cultural groups. Ms. Harris, meanwhile, used social media to berate both the university, Aramark, and America in general. “This is what it’s like to be a black student at New York University,” she posted.

Perhaps a couple of Aramark employees were being racist. Maybe they thought they had put together a good menu. Maybe they had no clue and didn’t care one way or another. We’ll never know. A child pitched a fit and Aramark executives and the college administration jumped like trained seals bumping a beachball through a hula hoop. Now, those former employees are likely collecting unemployment. So much for learning to analyze and apply critical thinking to a challenging situation.

The sad thing here is that no one addressed what was really offensive about the whole incident. As a born and bred Southern fatboy, I find it appalling that ribs, greens, and mac-and-cheese were served to a bunch of Yankees in a dining hall in New York City. What genius thought they would have the cultural capacity to appreciate such fine fare. Serve them Cream of Wheat or chipped beef or some such tasteless stuff like they’re used to eating.

Even worse, the quality of the offensive food must have been awful. Who knows? It might have been bad enough to merit the whole brouhaha. No doubt the “ribs” were some kind of mystery meat doused with an institutional tomato-based sauce. Heck, they might even have been beef ribs!

And the collard greens? Does anybody really believe they were seasoned with bacon grease? In New York? Ha! No doubt they were little more than vegetarian mush lightly seasoned with fake salt, if anything at all. As far as the mac-and-cheese… Never mind. It’s more than I can bear.

If I wear a sombrero and drink a Corona on May 5th, I’m guilty of cultural appropriation. The same holds true if I eat corned beef and cabbage on St. Patrick’s Day or wish someone a happy Kwanzaa in December. My wife would share my guilt if she decided to wear cornrows along with her hoop earrings to a yoga class. But a faceless corporation can serve fake Southern food to a bunch of snot-nosed Yankees and they’re the ones who get offended. Enough!

It’s time for change. Fatboys of the South arise! Our time has come to save the world.