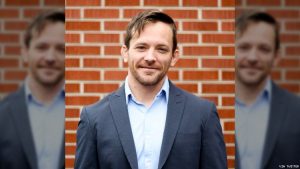 Private businesses have every right to do what they want with their own employees and executives. That’s just fine.

But it certainly is telling the way CrossFit corporate responded when one of their own made a very bold statement on the way the LGBT community responds when Christians bow out of celebrating their lifestyles.

Russell Berger, the now-former Chief Knowledge Officer at CrossFit, the popular cross-training gym franchise, was apparently incensed when he caught wind of the backlash a CrossFit affiliated gym in Indianapolis was being treated after canceling a “Pride” event at their gym. June is Pride Month and many CrossFit gyms are hosting Pride-themed events to celebrate.

The mainstream media would have you believe he took to Twitter to savagely bash the homosexual community, but the focus of his tweets was much more specific.

While he said that he personally believes “Pride” is a sin, he actually very articulately addressed the tendency of the LGBT community to bully anyone who expressed their belief that homosexuality was a sin.

And he couldn’t be more right.

Here’s what he said:

“As someone who personally believes celebrating ‘pride’ is a sin, I’d like to personally encourage #CrossFitInfiltrate for standing by their convictions and refusing to host an @indypride workout,” Berger wrote in his first of three now-deleted tweets.

“The intolerance of the LGBTQ ideology toward any alternative views is mind-blowing,” he continued. “The tactics of some in the LGBTQ movement toward dissent is an existential threat to freedom of expression. The lack of tolerance for disagreement, which has been replaced with bullying Twitter mobs promising ‘consequences’, should be a concern regardless of your political stance.”

I mean, can you say BOOM?

We literally just saw this at the Supreme Court. Jack Phillips, a devout Christian who respectfully declined to bake a cake for a same-sex wedding, while inviting the couple in question to purchase anything else they liked at his bakery where the way he conducted his business always reflected his personal values.

The court sided with Phillips, on the grounds that the Colorado Civil Rights Commission, who had ruled against him, had far too much bias against his faith.

The harsh reality for the LGBT left is that no, it doesn’t. CrossFit can, of course, fire Berger if they want to, but it doesn’t negate the incredibly true statement that he just made, nor the necessity of the LGBT community, and everyone, to hear these words.