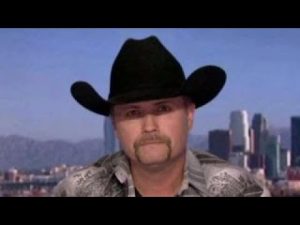 The Daily Caller tells us country music star John Rich handed over his own firearm to a police officer who used it to defend civilians in a bar during the Las Vegas strip massacre.

Rich, who is part of Big & Rich, explained how it all went down on Fox News.

“I had an off-duty police officer, it was a Minneapolis police officer, off-duty, was in my bar hanging out. He came up to me and showed me his badge, and he says, ‘I’m officer – I forget his last name – and I’m [a police] officer and I’m not armed for the first time ever. I can’t believe it. Are you armed?’ I said yes I am armed. I had my concealed carry. He asked, ‘can I have your firearm so I can hold point on this door?’ So I handed over my firearm to him, everybody got behind him and for two hours he held point on that door without flinching,” Rich said during his appearance on Fox News.

Of course Rich, a huge pro-America guy, had a gun and gave it to the police. I know John and I can guarantee you he and the boys in the band are going to be armed. Is there any genre of music more likely to have armed singers than country music?