Could April Fools’ Day Be the Next Thing on the Left’s Chopping Block? 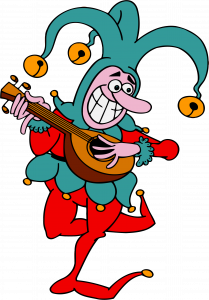 Some say that the April Fools’ Day comes from Chaucer’s The Canterbury Tales, published in 1392. Others place its origins in thirteenth century Europe. Another theory has Pope Gregory XIII’s change to the Gregorian calendar as the impetus for the day of mischief and fun. However it all started, most people will be extra careful today, looking around every corner, checking whatever they eat, and double checking everything they hear.

Despite the fun the rest of the world will be having, the question here is whether or not April Fools’ Day has run its course in America. Do the jokes and gags create a hostile environment for certain Americans? To find out, it’s necessary to see what happens on a typical day in the leftist utopia.

First off, we learn that all the icebergs will melt if we don’t quickly embrace the left’s Green New Deal. The oceans will rise, our coastlines will flood, and entire cities will be wiped off the map. However, while our survival as a species depends heavily on the prevention of global warming, the important thing to remember is that climate change isn’t about temperature! The science is settled, and that’s all folks watching from the cheap seats need to understand. After all, science is scientific, so it must be true.

Of course, science isn’t an exact thing. It can be quite malleable, in fact, depending on the left’s needs. Since it’s very beginning, for example, science has recognized two genders – male and female. When Democrats needed to expand their voter base, however, science came to their aid by discovering dozens of other genders. And, since it’s science, failure to use the proper pronoun for whatever gender a person has decided to identify as on any given day could result in legal action is some states.

Of equal importance in the leftist utopia is the protection and preservation of the Affordable Care Act, which, we’re told, continues to provide much needed relief for almost all Americans. The 69% increase in premiums, higher deductibles, and challenges finding a participating provider are just some of the many benefits we now enjoy. Additionally, the extra costs and increased regulations for employers have been a boon to small businesses, providing the catalyst for the Obama economy to flourish in spite of President Trump’s draconian economic policies.

Speaking of President Trump, Deplorables were admonished, ad nauseum, back in 2016 to accept the results of the upcoming election without question. When Democrats lost after eight years spent rigging that election, some nefarious plot was to blame. It turned out to be the Russians working with candidate Trump, and the only way to prevent the coup already in progress was the appointment of a Special Counsel.

Robert Mueller, the left promised, was an investigator of the highest integrity – unbiased, honest to a fault, and impervious to influence. They demanded his findings be accepted, once again without question. Because the investigation, like the 2016 election, didn’t follow the leftist script, we now have to accept that the election results and the investigation findings we had to accept without question are, in fact, both questionable and unacceptable.

Of course, all this investigation is justified, we’re told, because… Well, President Trump. With the lowest unemployment rate ever recorded for black Americans (6.8%) the man is obviously a racist. Even worse, the filthy misogynist has surrounded himself with competent, successful women. To top it all off, the raging homophobe was unapologetic in his attempts to make homosexuality legal worldwide.

Democrats stand firm in their commitment to once again put a leader with integrity and civility behind the Resolute Desk. Politicians popular on the left include Joe Biden, Ralph Northam, Justin Fairfax, Keith Ellison, and Bill Clinton. More than anything, we’re told, America must have leaders who demonstrate tolerance and respect for all.

A typical day in the leftist utopia is certainly educational. We’ve learned that our Founding Fathers were all atheists or, at best, Deists, who wanted nothing to do with God or religion of any form. That’s why the Declaration of Independence says we are all created equal, with certain inalienable rights granted by our Creator. It also explains why so many government buildings in Washington, DC have either scripture passages or references to God carved in their stones.

We’ve also learned a lot about the Constitution. That revered document was written, it turns out, to make sure Americans are never exposed to Christianity of any type unless that exposure can be commercially exploited. It was also meant to protect members of any group with which Democrats can trade victimhood status for votes. Also, keeping guns out of the hands of ordinary citizens was the inspiration for the Bill of Rights.

So, yes. After looking at a typical day in the leftist utopia, it’s easy to see that honoring those who make fun of fools is, indeed, offensive. Perhaps, though, the day can be salvaged. With efforts under way to eliminate the Electoral College, pack the Supreme Court, and rewrite history, perhaps it’s time to do away with the 4th of July. If the left manages to pull off their coup, it won’t be appropriate, anyway, and April Fools’ Day will be the perfect time to celebrate their new nation.

Roy Jeffords is an author, ghost writer, Constitutional conservative, and curmudgeon-at-large. A graduate of The Citadel, the Military College of South Carolina, he lives in Texas with his wife and their two boxers. Find him on Facebook at Roy Jeffords, Twitter @commonsensecurmudgeon, and at www.royjeffords.wordpress.com. Contact him at [email protected].