What Cost Do You Put on Hate? 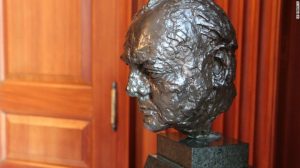 When your cause justifies hate directed toward any person or any group, you are AntiFa. You are the Nazi party. You are BLM. You are the KKK. When you accept hate for any reason, you don’t stand it against it.

When you claim to stand against hate and those who practice it but fail to call it out for any reason, you’re like the lady propositioned by Winston Churchill at dinner one night. The story is also attributed to George Bernard Shaw, Mark Twain, and W.C. Fields, to name a few, but I like the Churchill version best.

Churchill found himself seated next to Lady X at a formal dinner one evening, and in the course of their conversation he asked, “Madam, would you sleep with me for five million pounds?”

The woman gasped and said, “My goodness, Mr. Churchill… Well, I suppose.” Then with a quick look around the room, she added, “We would have to discuss terms, of course.”

Churchill then said, “Would you sleep with me for five pounds?”

“Mr. Churchill,” the Lady snapped, “what kind of woman do you think I am?”

Mr. Churchill replied, “Madam, we have already established that. Now we are haggling about the price.”

Regardless of what you say, tolerating hate towards any group – whether you agree with them or not – establishes exactly what you are. All you’re doing is haggling over which people are acceptable targets.