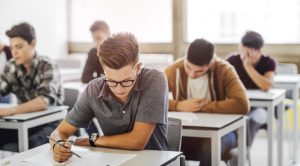 Rep. Pat Fallon, a Texas Republican, conducted an interview with Newsmax on Tuesday where he said that parents should be empowered to take part in the education of their children and should have the ability to hold the school board “accountable.”

“We need to do far better to police [education],” Fallon went on to say during an interview on “The Chris Salcedo Show” Tuesday. “Empowering parents and holding school boards accountable is the way to solve this issue.”

Fallon said he applauded Texas Gov. Greg Abbott for sending a letter to the Texas Association of School Boards Monday asking them to remove books from local public-school libraries that contained “obscene” material.

“A growing number of parents of Texas students are becoming increasingly alarmed about some of the books and other content found in public school libraries that are extremely inappropriate in the public education system,” Abbott’s letter to Association Executive Director Dr. Dan Troxell went on to explain. “The most flagrant examples include clearly pornographic images and substance that have no place in the Texas public education system.”

In the letter, Abbott said that parents have the right to “shield” their children from content that they feel is “obscene” or “inappropriate,” and that the state’s school districts should not promote such material to students.

While the association has no direct authority over what materials may be in a district’s library, Abbott said the organization can address the issue collectively with its members.

“Collectively, your organization’s members have an obligation to determine the extent to which such materials exist or are used in our schools and to remove any such content. You must also ensure transparency about the materials being taught in the classroom and offered in school libraries,” the letter read. “Also, each of our schools should have an appropriate and transparent process to vet library materials before they are used.”

“You have an obligation to Texas parents and students to ensure that no child in Texas is exposed to pornography or other inappropriate content while inside a Texas public school,” the letter continued.

The letter didn’t give any specific titles of the material that could be considered offensive.

“While not publicly responding to Abbott’s letter, an association spokesman told NPR that the body has no jurisdiction over such decisions, and no regulatory power over what districts choose for materials,” Newsmax said in its report.

“The role of a school board primarily includes establishing a strategic plan for the district, adopting policies in public meetings, approving the district’s budget, and selecting and evaluating a superintendent,” the spokesperson stated in an email sent to NPR. “In most school districts, the review and selection of individual library materials traditionally has been an administrative responsibility managed by professional district staff.”